Beyond The Folly Of Okorocha And His Lga "runs Men" 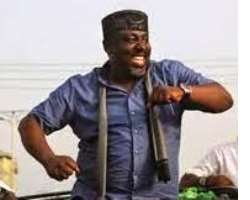 We have all been awashed in Imo State with the terrible and desperate efforts made on Monday 6 January, 2020 by some unscrupulous elements of the All Progressive Congress (APC) past administration led by Rochas Okorocha to seize government at the local government areas of the state.

Though the situation has been brought under control and sanity restored, the germane efforts of the Peoples Democratic Party (PDP) under the leadership of His Excellency Rt. Hon Emeka Ihedioha, CON, KSC must be commended.

It was reported that some of the local governments areas where the suspended Chairmen, councilors and their supporters of the All Progressive Congress, APC had stormed were vehemently resisted at the various council headquarters and their efforts were in futility after all the drama. They anchored their motive on the non- relative judgment of the Supreme Court which they claimed directed State Governors not to sack local government chairmen without recourse to its peculiarities.

All these tenacious fight by an already defeated APC members in the 2019 gubernatorial election seem to point that the desperados are trying to overturning the outcome of a free and fair election against the will of God and will of the people and nothing more. PDP Mobilising to match the APC on time is one thing I must commend them. The APC attempted invasion of the LGA is an affront to our democratic culture, an evil stretched to far and misplacement of political priorities.

The drama as comic as it has been has some lessons and take home for our political clime. New lessons has been learnt and I think the PDP has benefited immensely from the trouble. It also shown PDP is learning fast and on ground too with the reports from all the local government areas. PDP showed capacity and strength as a strong political party for being able to checkmate APC excess and defend our nascent democracy for Imo people that watched the episode while it lasted.

It is also worthy of note that proper evaluation of PDP readiness to respond to unwholesome attacks when the need arises in the future has been confirmed and duly tested.

The use of this kind of gestapo force and unconventional methods to wrestle democratic power is not just crude but absurd, an issue that must be addressed thoroghly by the government to avoid a reoccurrence in the future. I think these selected "runs men" of Okorocha political dynasty in their bid for relevance have thrown caution to the winds and never thought that action and reaction are equal and opposite. They are nothing but bunch of fools and criminals who were hand picked in an election that a court order was issued and was not obeyed by the evil genius who is now trying to mock our collective intelligence by producing local government puppets just to hijack power, hoodwink, and cause mayhem in Imo state or at best topple our local government administration by any means possible.

According to a Press Release by Imo PDP Publicity Secretary, Damian Opara, revealed that the so called Chairmen and their Councillors were indicted for embezzlement of public funds and fraud, and through one of their House resolutions, urged the Governor to dissolve them as a result of massive corruption discovered in the various Council of Imo State, hence they were legally dissolved."

"Also of late, the Imo State Government set a panel to investigate the fraudulent activities of these purported Chairmen and Councillors where it was uncovered that a whooping sum of N6 Billion (Six Billion Naira) was mismanaged and fraudulently embezzled by them across the 27 Local Government Areas of Imo State. In a good society, they should have been in jail by now."

It is on record the these bunch of selected persons were suspended by the Imo State House of Assembly which was later implemented by the Executive Council in June 2019 to investigate their activities over the years.

It has become imperative to find why these avalanche of defeated losers are hell bent on holding unto power against all odds.We has watched these criminals masquerading as honourable members when they have no recourse to due process and law and order but rather have penchant for grass violation of rule of law and troubleshooting of our polity.

Sheer greed, selfishness and avarice for the control of the revenue accruing to the local government system has been identified as one of the factors that given the rise to this ugly development by these idle groups. It is obvious they want to maintain their political structures and continued to help themselves with our collective resources and be relevant in their political clime as well. But I am sorry that cannot continue again since we have a reputable personality as governor in the person of Rt Hon Emeka Ihedioha. Other factors may be total exclusion from the coming doom and consequences of facing the Economic Financial Crime Commission (EFCC) being involved in the looting of billions of naira from the State's treasury in the name of the local government administration for eight years period of their administration. It also viewed that as this "gra gra" is a ploy to re-negotiate and bend the government to stop probe block all allegations of embezzlement leveled against them already.

It is truism that with the million accruing to each of the local government councils, they power and money mongers are targeting the State treasury for final deadly feisting before the next election. This is in futility and the best they can get is shameful rejecting by Imo people like they saw on Monday 6 January 2020. It's on record that the local government system suffered its first protracted neglect and abandonment in the past eight years of the immediate past regime. Our rural roads collapsed and everything went moribund, socio-economic activities of the rural areas completely in comatose. Everthing including, agriculture, education suffered terribly. Rural-urban migration went to an unprecedented high. Criminal activities in both the urban and the rural areas were high and unprecedented.