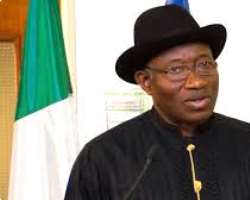 Former President Goodluck Jonathan on Wednesday said there was no truth in reports that he was under pressure to contest the 2023 presidential election.

An online platform had reported that Jonathan said he was under immense pressure to contest the Presidency in 2023 and that he had been promised the presidential ticket of the Peoples Democratic Party, should he decide to contest.

The online media had also quoted Jonathan as saying that some highly placed individuals had been piling pressure on him to consider the job following the alleged failure of the current administration of President Muhammadu Buhari.

But Jonathan’s spokesman, Dr Ikechukwu Eze, in an interview with our correspondent said it was not true that the ex-President made such comments.

He said such reports had surfaced on some online platforms in the past, adding that such insinuations never emanated from Jonathan.