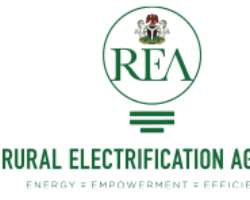 The purported decision by the minister of power Engineer Sale Mamman to impose his Taraba state kinsman Mr. Bulus M. Maiyaki as the director of procurement of the Rural Electrification Agency (REA) and amongst few other appointments in alleged breach of procedures, has drawn the ire of a leading civil Rights Advocacy group – HUMAN RIGHTS WRITERS ASSOCIATION OF NIGERIA (HURIWA).

Besides, the pro-democracy group – HUMAN RIGHTS WRITERS ASSOCIATION OF NIGERIA (HURIWA) has specifically sent a freedom of information request (FOI) to the chairman of the Independent Corrupt Practices and other released offences commission (ICPC) Professor Owoseneye to demand the status of the investigation it is carrying on the alleged #916 million scam at the National Health Insurance Scheme (NIS).

The Rights group has asked the anti-graft panel to clarify if the then secretary of Tenders board of the NHIS is not the same as Bulus D. Maiyaki who is being appointed into the directorate cadre of the procurement department of the Rural Electrification Agency (REA) by the power minister and if the said Mr. Maiyaki is not a party in the investigation being waged by ICPC at the NHIS regarding the accusations against the erstwhile executive secretary Professor Usman Yusuf dismissed reportedly by president Muhammadu Buhari over allegations of misapplication of public finances.

HURIWA has therefore asked the power minister to also inform Nigerians if his nominee is not the same as the person listed as secretary of Tenders board at the National Health Insurance Scheme during the controversial tenure of the discredited executive secretary.

In the letter dated 8th January 2020, and endorsed by the National Coordinator, Comrade Emmanuel Onwubiko, HURIWA states as follows: “PROTEST OVER UNILATERAL IMPOSITION OF DIRECTOR OF PROCUREMENT IN RURAL ELECTRIFICATION AGENCY”

We write to strongly protest against the reported spate of redeployments and/or appointments made unilaterally by the Honorable minister of Power Engineer Mamman Sale without adherence to the global best practices and without any regards to the mantra of anti-corruption and the acclaimed pursuits by the President Muhammadu Buhari-led administration for the mainstreaming of the tenets of accountability, transparency and zero tolerance to all forms of corruption.

As one of the few credible civil Rights advocacy groups in the Country that focuses extensively on the thematic areas of transparency and anti-corruption, we have watched with considerable interests regarding the developments that have been triggered by the series of top level suspensions and removals credited to the minister of Power Engineer Mamman Sale since coming on board and we have had convincing reasons to object to some of these arbitrary actions which sometimes are offensive to the internal legal mechanisms setting up some of these Federal government agencies in the electricity power sector. We have regrettably read in the media of mass communication too of the heightened state of tension currently in the Rural Electrification Agency (REA) over redeployment of top staff by the Minister of Power, Engr. Mamman Sale few hours before the assumption of duties by the new Managing Director of the agency, Engr. Ahmad Salihijo Ahmad.

As reported by the media and as confirmed by our team who visited the premises of the Rural Electrification Agency (REA) most Staff of the agency have faulted the ministerial interference because according to our findings from their agitation he ( the minister) is not the one supervising REA going by the clear Presidential guidelines issued from the office of the Secretary to the Government of the Federation which goes to show that REA is under the direct supervision of the Minister of State, who had no hand in the redeployment of staff in the agency.

There is little doubts from our findings that the staff are alleging that the postings were lopsided with the Minister of Power allegedly redeploying four favorites (three from the North-East and one from the North-West) to the Procurement Unit.

Specifically, going by a memo, which was signed by the Head of Human Resources and Administration, Rakiya Ahman Mustapha, the affected top directors were redeployed with effect from January 2 just as those redeployed got their letters about two to three hours before the new MD assumed duties on Thursday.

“Handing over/ taking over should be completed on or before 6th January, 2020.”

However, we the members of the over ten thousand membership strong HUMAN RIGHTS WRITERS ASSOCIATION OF NIGERIA (HURIWA) do not want or intend to dabble into the internal politics that motivated the Honourable minister of Power into making those appointments but we are basically writing to protest the lopsidedness observable in this action and the breach of the ethical codes as clearly stated out by the appointing authority through the office of the Secretary to the Government of the Federation as emphasized by a memorandum of modus operandi authored by the Secretary to the Government of the Federation.

Importantly, we reject this move by the Minister of power to impose his lackeys to take charge of funds and procurement in the Rural Electrification Agency and in the case of the nominee of the minister to take charge of the Procurement department, we hereby ask the minister to withdraw this appointment immediately or to clearly tell Nigerians if his nominee in the person of Mr. Bulus D. Maiyaki is not the same official in the National Health insurance Scheme (NHIS) who was the Secretary of Tenders Board under the discredited erstwhile Executive Secretary Professor Usman Yusuf who was dismissed from office for alleged procurement related infraction by the President Muhammadu Buhari-led administration following a petition being investigated by the Independent Corrupt Practices and other Related Offences Commission.

HURIWA is also by this letter writing to pray the minister of Power to put on hold these appointments with specific reference to that of Mr. Bulus .D. Maiyaki just as our members have unanimously agreed to approach the Chairman of the Independent Corrupt Practices and other Related Offences Commission to request clarification from the agency regarding the status of the nominee of the Honorable minister of Power to head the Procurement Department of the Rural Electrification Agency (REA)- Mr. Bulus M. Maiyaki.

HURIWA is a registered civil Rights advocacy group which for over a decade after its inauguration has recently waged committed anti-corruption crusades and have carried out series of programmes aimed at support the Government and people of Nigeria to achieve holistic good governance, constitutional democracy, respect for the Principle of the Rule of Law, respect for the fundamental human rights of the citizens and for a society free from abuse of power and abuses of office by the political office holders. The appointments in the Rural Electrification Agency have not met the expected thresholds of zero-tolerance to corruption going by the fact that in the National Health Insurance scheme whereby Mr. Bulus. M. Maiyaki was the Secretary of the Tenders Board, the hierarchy in place faced torrents of allegations of sleaze and Financial misconduct which culminated as we had stated earlier with the eventual dismissal of the then Executive Secretary of National Health insurance Scheme Professor Usman Yusuf. We urge you to recall that in a letter dated December 21st 2017, addressed to the then acting Executive Secretary of the National Health insurance Scheme (NHIS), the Economic and Financial Crimes Commission confirmed that it was still investigating allegations of procurement corruption in the NHIS based on the finding of a panel set up by the Federal Ministry of Health in which the now dismissed Executive Secretary of National Human Health insurance Scheme Professor Usman Yusuf was accused of N919 million. The Independent Corrupt Practices and Allied offences commission also started investigating the dismissed Executive Secretary and four other officials which reportedly included the key officials that handled procurement related affairs of the National Health insurance Scheme at which time Mr. Bulus Maiyaki was reportedly the Head of Procurement and Secretary of the Tenders Board of the NHIS.

Sir, may we remind you that only recently, President Muhammadu Buhari reiterated the commitment of his administration to win the war against corruption. He gave the assurance at a one-day anti-corruption summit, organized by the Economic and Financial Crimes Commission (EFCC) in collaboration with Nigeria Shippers’ Council (NSC) to commemorate this year’s International Anti-Corruption Day, which comes up every December 9.

According to the president who was represented at the event, which took place at the State House Banquet Hall, Abuja, by the Minister of Police Affairs, Muhammad Maigari, “the cardinal objective of this government is to wage a vigorous war against corruption; a war we are committed to not just fight, but also to win decisively.”

Buhari described the summit, which was organized with a special focus on the country’s maritime and transport sectors as a step in the right direction, noting that the initiative complements the various programmes being implemented by his administration to block leakages and improve transparency in all sectors, with the aim of boosting revenues in critical sectors of the Nigerian economy.

HURIWA is of the profound conviction that if these unethical appointments into the Rural Electrification Agency is left unchallenged and if the minister of Power is not persuaded to comply by the statutory norms that emphasizes transparency and accountability, the Federal Government is as well telling Nigerians that the publicized mantra of anti-corruption and the fight against economic crimes are mere hypocritical battles to confuse the people of Nigeria. We hope that the Honorable minister of Power will listen to the voice of reason and tow the line of good conscience by doing what is right in this circumstance as demanded by our letter of protest.