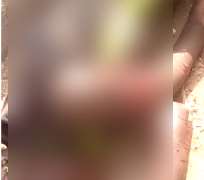 Pandamonuim ensued Monday evening around 5:15 pm on the Nigerian side of Cameroon Bridge when an unexpected explosion claimed lives of both Nigerians and Cameroonians leaving behind no ferwer than nine people dead and scores of others with various degree of injuries.

The incident happened at the border between Nigeria and Cameroon Republic in Gamboru town of Ngala LGA of Borno state.

Cameroonian officials responded yesterday, confirming the explosion, saying in a telephone conversation that," It was not Boko Haram but old Iran grenade that exploded and suddenly killed bother Cameroonians and Nigerians".

A Cameroonian official cleared the air on the Gamboru bridge blast.

He clarified the explosion on the El Beid Bridge at the crowded Gamboru market on Monday even reducing the death toll from 30 to nine.

Mr Midjiyawa Bakary, who is the Cameroon’s Far North Regional Governor dismissed reports that it was a suicide attack by Boko Haram Insurgents.

He said: " it is an accidental grenade explosion. The blast reportedly occurred around 5pm in the Nigerian border town."

Bakary narrated how the explosion occurred, saying that, "some children playing on the Nigerian side of the El Beid bridge found the grenade and as they were talking about what to do with it, it exploded."

"The nine people who died are all Nigerians while five of the 26 injured are Cameroonians,” Mr Bakary said on the phone.