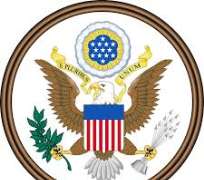 The White House has responded to missile attack on United States and Coalition forces In Irak.

“We are aware of the reports of attacks on US facilities in Iraq,” according to a statement from White House press secretary Stephanie Grisham.

“The President has been briefed and is monitoring the situation closely and consulting with his national security team.”

Statement by the spokesman of Secretary of defense:

“We are working on initial battle damage assessments”.