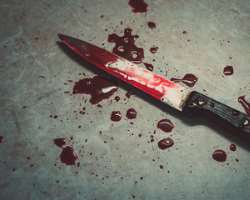 Rogues are not regarded. At least not by a society eager to reposition itself. They are dishonest and unprincipled. They are immoral and undisciplined. The decent avoid them.

In the animal kingdom, rogue creatures live apart from the herd. They stalk the weak and prey ferociously on them.

Rogue Fabian Anigbogu and his false creation (Ayamelum Frontiers for Democracy and Good Governance) are not different from the rogue predator. He has found the job of slandering the wife of the Governor of Anambra state a favourable pastime.

The rogue writer who is engaged by a known disoriented politician who feels his deputy governorship position is threatened by a hard working Commissioner from their Anambra North zone abandons known ethics of writing even in propaganda situation.

Sold on crumbs from the politician's table he alleges all manner of criminality against the imagined enemy. He even went as far as quoting the lies of the coquettish Senator whose sexual escapade with a former governor of the state left permanent scar on the man's political career.

How daft the rogue writer has become. He went personal with the wife of the Governor when he realized that his wild allegations on IGR appear not to cut any ice with the public.

To buttress the idiocy of his claims he keeps mentioning names of people in government who by their position are never answerable to the wife of the Governor.

It beats reason to think as one writer once advocated that the wife of the Governor can go into the drudgery tuft of IGR collection when avenues of making money in government are open.

The false Fabian and his equally false group are doing the politician greater harm by their concocted lies. They can call the wife of the Governor names at least they are protected by the privacy of the internet, but they should not be deceived. He, Fabian and his sponsor, like another criminal on the net, Odumodu Gbuluagu are sounding off track. The public is getting tired. It is time to engage positively.

The Governor's wife could be Imelda Marcos and whatever because she refuses to be manipulated. Imagine the allegation that Osodieme stopped the senatorial aspiration of Iyom Bianca. In another breath the same roguish hack called Bianca naive. And you ask yourself which senatorial zone would willingly send a naive person to represent it. The hack must realize that it is time to sign off as he does not make sense.