Least We Miss The Essence 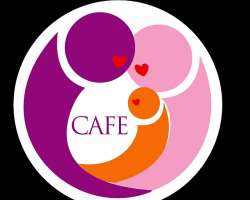 The wife of the Governor of Anambra State, Mrs. Ebelechukwu Obiano (Osodieme) has recently come under criticism as a result of the charity outreach programmes of her Non-Governmental Organisation, Caring Family Enhancement Initiative (CAFÉ).

While we do not wish to engage those who query the appropritness of the location of her latest act of selfless giving, we are however worried that some persons and organisations are exploiting their right to fair criticism to infuse political undertones and malicious intent to a charitable tradition which predates the assumption of office by her husband, Chief Willie Obiano, Governor of Anambra State.

It has therefore become imperative to restate that CAFÉ is a non-profit and non-partisan organisation which has grown into a beacon of empowerment for indigent women, widows, youths, the physically challenged and the less privileged. And the interventions by CAFÉ are inspired by the conviction that the art of giving has no geographic, ethnic, religious or any other form of boundary.

It is important to note that CAFÉ is supported by philanthropists, especially ndi Anambra and donors who identify with the charity, and who are often acknowledged in the projects executed by the organisation.

Mrs. Obiano's charitable intervention has been the centre of attention wherever the Obiano family resided. Since the 80's, there was ample evidence of their charity give-away programmes at Kano Street, Ebute Metta, Lagos which included food items, used clothing as well as ensuring the upkeep of the homeless and the elderly in the Old Persons' homes. The founding of CAFÉ in August 2014 was therefore a formalisation of that tradition of selfless giving.

Since inception, CAFÉ has impacted positively on 27 indigent widows who has benefitted from its free housing projects in Amichi, Agulu, Alor, Amorka, Awba Ofemili, Aguleri, Enugwu Otu, Nnobi, Nri, Nibo, Ogbaru, Obosi, and Ozubulu, among other communities in Anambra State.

CAFÉ has also trained and empowered over 4,800 indigent women on various skills, thereby changing their lives for good.

Also over 100 children have received free surgeries for Cleft lip/palate deformity, while over 2,000 have so far received free prosthetic limbs from the organisation.

Concerned about the dignity of women and their wellbeing, CAFÉ has built 17 modern public toilet facilities in rural markets across Anambra State and constructed 47 water boreholes to lessen the burden of women in hard-to-reach communities.

Another giveaway programme of CAFÉ is the donation of wheelchairs and mobility aids. Perhaps one of the most talked about interventions of CAFÉ is the Home Mentally Challenged Nteje which, in conjunction with the state Ministry of Women Affairs, takes care of strayed mentally challenged persons who are rescued, managed, rehabilitated and reunited with their families.

As a socio-philanthropic organisation, CAFÉ does not request any form of gratification or payment from beneficiaries or potential beneficiaries. Rather it trains, equips and empowers the indigent and the less privileged to start up and add value to the society.

As a law abiding organisation, CAFÉ understands its essence and is not impervious to reason or the concerns of others, especially that of its benefactors and beneficiaries in the course of executing its well-acknowledged charity work. In this regard, it will continue to focus on activities that ennoble and promote rather than diminish the wellbeing of the whole family.