MRA Inducts NHIS into its Enhanced ‘FOI Hall of Shame,’ for Breach of FOI Act 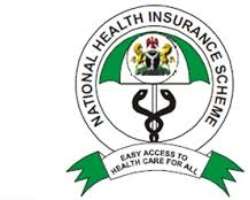 Lagos, Monday, 6 January 2020: Media Rights Agenda (MRA) today inducted the National Health Insurance Scheme (NHIS) into its “Enhanced Freedom of Information Hall of Shame” for the agency’s dismal performance in the implementation of the FOI Act and pledged to take legal action against the institution to compel it to comply with its obligations under the Act.

In a statement in Lagos, MRA’s Programme Officer, Mr. John Gbadamosi, said as an agency established by the Federal Government to regulate health insurance and provide easy access to healthcare for all Nigerians through various prepayment systems, the NHIS had apparently chosen to take a back seat in the implementation of the FOI Act and had accordingly failed to comply with most of its duties and obligations under the Act, resulting in unwarranted secrecy over many aspects of its operations.

The NHIS was established by the National Health Insurance Scheme Act 35 of 1999, with the objectives of ensuring easy access to healthcare services for every Nigerian and protecting Nigerian families from financial hardship in the form of huge medical bills; ensuring universal health coverage in Nigeria as well as regulating and managing all stakeholders of the scheme.

According to Mr. Gbadamosi, “Being an agency responsible for the provision of critical public services to citizens, the NHIS should be open and transparent by default so that those it is intended to serve will know what services it provides, how they can access those services, the costs at which the services are provided and other such information that will enhance its operations and the delivery of its mandate to the Nigerian public.”

He said: “It is totally unacceptable that the NHIS, particularly given its public service delivery mandate, would deliberately disregard a Law validly enacted by the National Assembly to ensure that it is transparent in its business, operations and activities and accountable to the Nigerian public which it is supposed to serve,” adding that “the situation is now extremely concerning in the light of the fact that the agency’s conduct had been transformed into one of lawlessness as it has continued to undermine the provisions of the law for nearly a decade.”

Mr. Gbadamosi noted that the NHIS has ignored its proactive publications obligations under Section 2 of the FOI Act, which requires all public institutions covered by the Act to publish and periodically update certain categories of information, for the nine years that the Law has been in existence. He added that besides the fact that the agency’s website does not contain the categories of information that it is required to proactively publish, itmakes no reference to the FOI Act in any context.

In addition, he said, the NHIS has failed to comply with the provisions of Section 13 of the Act, which requires it to ensure the provision of appropriate training for its staff and officials to sensitize them on the public’s right of access to information and records held by it and to enable them to effectively implement the Act.

Mr. Gbadamoinoted that there was no indication that the NHIS had provided any such training for its personnel and officials over the last nine years.

He also accused the NHIS of being in breach of Section 2(3)(f) of the Act which requires it to proactively publish the title and address of the appropriate officer to whom applications for information under the Act should be made by members of the public, adding that this stipulation is also contained in the Implementation Guidelines for the FOI Act issued by the Attorney-General of the Federation to assist all public institutions in their implementation of the Act.

Observing that the NHIS was first inducted into the FOI Hall of Shame on November 6, 2017, he said it was regrettable that more than two years later, the agency had shown no sign that it is willing to mend its ways as it has continued to conduct its activities in secrecy in total disregard for the Law.

Mr. Gbadamosi said MRA had no choice but to take legal action against the NHIS to compel it to perform its statutory obligations and tow the path of law and order.