The voice of one crying in the wilderness: When the Lord turns around our captivity…. 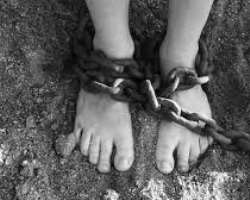 The “captivity” is not the physical dislocation into a foreign land but the remembered glory of a lived experience as a free people, otherwise known as “Zion”. Bringing this back is possible only when they regain their freedom, their Self-Determination, which, once again, will restore their experienced glory.

When their captors demanded they sing to them a song of Zion, to express this glory in a song, the obvious question to them was, how this can be possible when they live under a foreign authority?

So, they sat down by the rivers of Babylon and wept, when they “remembered Zion”.

Bringing back their captivity is a demand and pursuit of their Self-Determination.

“Remembrance” is therefore a fundamental necessity to the well-being of a Nation; carried away or not. This is also why God always reminds Israel about what He has done for them.

A Nation’s glory can be lost even when not carried away as the Yoruba Nation’s experience in Nigeria shows.

A Yoruba Christian leader, Pastor Tunde Bakare, a very good friend of the current President, once stated that the Yoruba must be grateful to Britain for bringing about Nigeria, for, according to him, the notion of a Yoruba Nation is a myth, for there was no Yoruba Nation prior to the creation of the Nigerian State, which we must celebrate and strengthen.

This concept is also applied to other Nationalities in Nigeria in furtherance of denying Self-Determination for the Nations in Nigeria.

But Glory be to God, who enjoined His creation, to seek and search out by wisdom concerning all that is done under heaven. (Ecclesiastes 1:13)

So, we know that what separates a Nation from just a group, is the commonality of expectations manifested through Cultural, Lingual, Political and Economic prisms which forms Yoruba existentialism: from the recognition of Ile-Ife as the “source” laying the basis for an unwritten Constitutional order, to wit: Ile-Ife must not be attacked, the violation by Owu which led to the city being destroyed by an array of Yoruba forces, to the forms of government (Obaship), to the Cosmogony (despite introduction of Christianity and Islam) and more importantly, the “war to end all wars” in Yorubaland and which ultimately pitted Yoruba Unitarists against Yoruba Federalists.

There would not have been such an internal conflict if there was no sense of Yoruba Nationhood.

These ensured the future development of an economic infrastructure based on a welfarist economic philosophy fashioned around “freedom for all, life more abundant”, the product of a Political Autonomy resulting from the Federalist form of Geo-Political Architecture of the emerging post-colonial State.

This renders null the proposition of a viable, sustainable, social and economic development without Geo-Political Autonomy.

When therefore the Buhari Regime pursues “infrastructural development” only as a function of its physical manifestation, it fails to recognize the centrality of an overall economic philosophy of development, itself a function of the nature of its State and without which no economy can develop. This is why the Nigerian experiment had been going around in circles.

Nigeria’s architecture of State is Prebendal; a political economy based on an inherent right to resources by office holders for the benefit of their geo-political supporters and which is now being carried to the “next level” in its fundamentalist form.

It was not so in the Western Region.
Its political system was influenced by the cultural realities of the Region, which in turn fed the economy. We were a People coming into being by ourselves.

One example will suffice.
The Action Group party in power in the Region lost the 1954 Regional Elections because a section of Yorubaland opposed the party’s education policy. Two years later, when the effects of the policy became manifest, the section reversed course.

This would have been impossible had the Region’s political economy been Prebendal; for the Prebend can only reproduce itself. It cannot transform itself.

This is the reality of Nigeria.
So, today, “we remember Zion” and weep because we are living through the attempts to obliterate our Zion through a centralist, anti-Federalist Regime, a clear and present danger to our existence.

And a 2023 Yoruba Presidency is expected to be the final nail in the coffin of Self-Determination and Federalism, more so when such a Presidency will be unattainable without accommodation with the anti-Federalists.

Therefore, the only acceptable trajectory of any 2023 political mission must be Self-Determination.

As always, Glory be to God in the Highest, Amen! He calls into Remembrance the necessity and creates the opportunity to restore our Zion; and return that which we have lost.

Despite Nehemiah’s high placement in captivity, he “remembered Zion”. His answer to King Artaxerxes’ question as to the reason for his sad countenance was instructive, to wit: “Why should my face not be sad, when the city, the place of my fathers’ tombs, lies waste, and its gates are burned with fire?”

Indeed why should the Yoruba not be sad, when our patrimony is up in flames, and another Yoruba Christian leader, Femi Adesina, the Special Adviser on Media to the president, once asked us to choose between losing our lives or ancestral land to rampaging herdsmen terrorists!!!

Nehemiah stood up to the situation of his People, and King Artaxerxes empowered him so he could mobilize and organize his People along a line of action that rebuilt Judah, defended it when it became necessary and ensured necessary social and economic reforms.

King Artaxerxes recognized the Jews as a Nationality; the Nigerian post-colonial State, now being run by the Buhari Regime, denies the Yoruba as a Nationality. It will therefore be safe to assume that his Regime may not accommodate the necessity of returning to our Zion.

Yet, return we must.
Otherwise, we become a footnote in history and would have turned up our noses at God who created us as a Nation, regardless of our evangelization and winning of souls.

The 1960 Independence Constitution recognized the Nations, even as they were represented by the political parties of the time. Efforts to formalize the recognition through the creation of more Regions were truncated by the anti-Federalists.

The 1999 Constitution consummated anti-Federalism and must be rejected and replaced.

Aspiring to the Presidency in 2023 with whatever justifications must not be the Yoruba priority. Our Self-Determination must be.

The road is the Referendum Law, which is being placed before the Houses of Assembly in Yorubaland.

Nehemiah mobilized the people for effective rebuilding as well as injecting righteous forms of civil governance among the Jews.

Yoruba Political leaders must do no less. They are to mobilize the Yoruba people for the Referendum.

By this, we shall be able to ask “God to Remember us, concerning this, and spare us according to the greatness of His mercy!”

That is the only solid ground to tread. Any other road will be washed away by a flood.

“All the promises of God in Him are Yes, and in Him Amen, to the glory of God through us”.