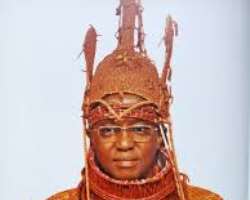 The Benin Traditional Council has warned individuals and group of persons in the state against use of the name of the Benin Monarch, Omo N’Oba N’Edo, Uku Akpolokpolo, Oba Ewuare II, without consultation and clearance from the palace.

According to a statement issued on Sunday and signed by the Secretary, Benin Traditional Council (BTC), Frank Irabor, the warning follows alleged media reports which claimed that the Oba of Benin, Omo N’Oba N’Edo Uku Akpolokpolo, Oba Ewuare II has been invited as a royal guest to the annual Auchi Day.

The reports allegedly claimed that there is a possibility of Governor Godwin Obaseki and his estranged predecessor and national chairman of the All Progressives Congress (APC), Comrade Adams Oshiomhole meeting face to face at the event.

“The Benin Traditional Council frowns at the use of Omo N’Oba’s name without due communication and consultation with the palace of the Oba of Benin.

“The Benin Traditional Council for emphasis would want to make it categorically clear to the public that His Royal Majesty, Omo N’Oba N’Edo Uku Akpolokpolo, Ewuare II, Oba of Beni has not been informed of this event nor the Oba of Benin invited to the said occasion.

“Members of the public are advised to discountenance the information purporting to have invited His Royal Majesty, the Oba of Benin to such an event as no invitation was ever received by the palace,” the statement said.