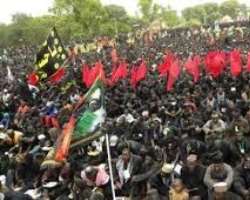 The Global Action for Peace has alerted the United States of America and Britain over the safety of its citizens in Nigeria following threat by the Islamic Movement of Nigeria (IMN).

The proscribed radical Islamic sect had hinted of an impending attack on foreigners after a military action by the United States of America led to the death of top Iranian military commander, General Qassem Soliemani, in Iraq.

This is unsurprising as IMN, formed about four decades ago, advocates the creation of an Iranian-style Islamic state in Nigeria.

It was influenced by the Iranian revolution, which saw Ayatollah Khomeini take power in 1979 after the overthrow of the US-allied Shah in a popular uprising.

In a press conference on Sunday in Abuja, the Global Action for Peace revealed that the threat issued by the IMN to citizens of the US and the United Kingdom in Nigeria is an “affront to our collective sensibilities as Nigerians, which must be looked into by the security agencies.”

On behalf of the group, convener, Dr. Joseph Agbo stated this action is an indication of the zero regards they have for the constituted authorities in the country.

The Global Action for Peace, therefore, urged these nations to blacklist the sect known for violence and bloodshed.

It further advised the United States and the United Kingdom to see this as a clarion call and activate measures that would support the efforts of the security agencies in Nigeria in curtailing the threats posed by the IMN.