Press Freedom: The Muscling of Punch 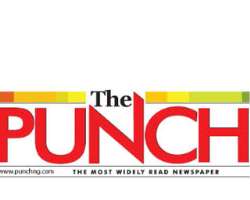 The Newspaper scene of the 1970’s was a domination of it by the government owned newspapers. The likes of Daily Times, Daily Sketch, New Statesman, New Nigerian held sway. The only exception was Tribune which was privately owned by the late sage Chief Obafemi Awolowo. The Zik Group of newspapers especially the West African Pilot which was its flagship newspaper which greatly revitalized the story of Nigerian journalism had collapsed in 1967 in the wake of the Nigerian civil war.

Punch Newspapers the brainchild of the late Chief James Olu Aboderin, a successful accountant and businessman berthed in the media scene in 1971. He was ably backed by Sam Amuka-Pemu the veteran columnist who made his name as a satirical columnist with his column ‘Sad Sam’ in the Daily Times stable while he served as the Editor of the Sunday Times in the 1960’s.

The paper was an instant hit with the Nigerian public as it appealed greatly to the common man who easily grappled with the easy use of the English language which it used as the medium of communication.

It floundered after the death of Aboderin in 1984 and nearly collapsed until it was resuscitated by his half brother, Chief Ajibola Ogunshola, an insurance magnate. The paper became the Mecca of most Nigerian journalists due to its mouth watering emolument package in an industry where many of its competitors owed its pen pushers salaries for months.

Its editorial on December 11, 2019 made a strident call for the prompt release of the convener of the ‘revolution now movement’, Comrade Omoyele Sowore who had been in the custody of the Department of State Services (DSS) since August 3 that same year. It decided to address President Buhari by his military title ‘Major-General’ which he held while he was the military Head of State in the 1980’s. Sowore, the Publisher of Sahara Reporters was released on Christmas Eve to the joy of his supporters and human rights’ lovers the world over as his detention had attracted the attention of stakeholders in the human rights world including Amnesty International, the US Government and a Congressman from New Jersey.

The reaction of the government was rather vindictive and petty as it immediately withdrew its advertorials from the paper which has distinguished itself as the nation’s most widely circulated. In the jaundiced view of the government, this was a way of economically asphyxiating it so that it will be whipped in line like a school boy. Perhaps the government is hoping for a retraction from the highly respected paper so that the ‘goodies’ can be restored.

Buhari should realize that the media landscape has greatly changed from what it used to be in the 1980’s. The private sector in the nation has been greatly expanded as many multinationals have been attracted into the country as well as many indigenous players who are no pushovers. The adverts from the private sector are robust enough to sustain the oil that wheels the fearless paper. There are many firms jostling for massive publicity in the fiercely competitive Nigerian clime and they will find them a good platform for advertising. The internet and World Wide Web has been a blessing to the Nigerian media space as the paper appeals greatly to the Nigerians in the Diaspora whose population runs into millions and brands abroad can strategically place their adverts there to reach out to them.

We commend the ‘Read Punch’ campaign which is being spearheaded by Comrade Omoyele Sowore to encourage Nigerians to buy a copy of the paper with the target being a million copies per day. It is a bold initiative for the enthronement of press freedom which is now fast becoming an endangered specie in this repressive administration. We recall a repeat of history here. In 1939, the then British colonial authorities denied Dr. Nnamdi Azikiwe’s West African Pilot advertising patronage because of the paper’s nationalist and hard hitting anti-colonial stance. He promptly looked inwards to prevent his dream from total annihilation and convinced Nigerians to massively buy his paper on a daily basis. This shored up the circulation figures and made local businessmen support his vision by advertising in it. He was so successful that he became the West African agent for Reuters in the 1940’s. the Buhari repression could become a blessing in disguise as the Sowore campaign is gaining serious grounds on the micro blogging site, twitter as it has been getting a lot of retweets and likes. It could lead to an upsurge in patronage especially online which is the preference of the youths which could only make them smile more to the banks thereby defeating the sinister agenda of the government to make them crawl on their knees in suppliance to them.

We urge Nigerians to back Sowore’s wonderful initiative as support for press freedom which is one of the wonderful gifts of democracy that this government is trying so hard to deny Nigerians.

A big kudos to Punch!
Tony Ademiluyi writes from Lagos and edits www.africanbard.com