Who will tell Mr. Buhari? 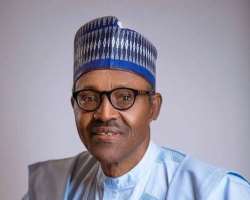 No matter how stout, long and turgid a penis. Its erection cannot intimidate a vagina. In short, a vagina masterminded the rise and fall of a penis. Local axiom.

Dear PMB
Compliments of the season Mr. President, I am writing you this letter with love (sic) I am not writing this as a professional economist, nor as a policymaker, but as a citizen of a big country in a tiny planet that is spinning through a vast universe that we barely understand. I write this “As the clever hopes expire / Of a low dishonest decade,” and as “Waves of anger and fear / Circulate over the bright / And darkened lands of the earth.” It was 80 years ago that W.H. Auden wrote those lines, in his poem “September 1, 1939.” We find ourselves in a similar position today.

It’s been a decade of change. Uncertainty has become the new normal, but that’s not necessarily a bad thing. A rapidly changing cultural and political landscape has galvanized us. We’re more adaptable and empathetic than ever. 2020 suddenly feels ripe with possibility. Let’s make it count.. And that is the fulcrum of your recent love letter to Nigerians last week. But you see Mr. President this is not really true of Nigeria. We may be galvanized in the future head of us, the year in front may be ripe with possibilities but except you are willing to somehow become the President we elected you to be, you will end in this decade as one who lost opportunities.

As the current decade commences, large parts of the world are mired in conflict, stable democracies have suddenly been knocked off kilter, and societies are increasingly divided by race, religion, and political ideology. Nigeria isn't even a stable democracy sir. And as the planet warms, millions of people are feeling compelled to move elsewhere in search of survival and opportunity. But new barriers, born of a renascent nationalism and narrow tribalism, are increasingly standing in their way. Mr. President where does the nation you ‘govern’ really stand, beyond border closures, free visas and mouthed policies that are not really working, which way sir?

I am not foolish enough to be certain that all I stated above will all pass. Nigeria may not, in fact, turn back from the brink of political and conflicting disaster, and continue to prosper and grow, just because it did so in the past. As Bertrand Russell cautioned about the dangers of such inductive reasoning, in “The Problems of Philosophy,” “The man who has fed the chicken every day throughout its life at last wrings its neck instead, showing that more refined views as to the uniformity of nature would have been useful to the chicken.” Like Auden in 1939, we must accept the possibility that things could become far worse than they already are.

At the same time, we cannot abandon hope, for you Mr. President is but one person. These are not just dangerous times, but uncertain ones. Nigeria is at a crossroads, where one turn can make all the difference.. The start of a new decade is thus an occasion for a quick pause and reflection. Mr. President you should sincerely ask yourself and those around you, where is the nation of our heroes past' (sic), long-standing sacrifices are breeding anger, rage, and political folly that may destroy our rickety foundations? Why are familiar economic policies failing, setting the stage for trade conflicts, rising joblessness, faltering monetary policies, and higher inequality?

Sir, the period we are in now, is like a repeat of recorded history. The shifts that define them are usually slow and imperceptible, but every now and then they reach a critical point when deep fault lines appear. It is during these periods that one must rethink the laws of the social sciences, the basis of our behavior, and the balance of our choices. As human beings, we must do what Russell’s chicken could not: reject complacency and take stock of our own predicament.

Exactly ten years before Auden wrote his poem, the economist-statistician Harold Hotelling published a paper that became a seminal work for understanding electoral democracy. It showed that political parties have a propensity to drift closer to each other, eventually creating a scenario in which there is little difference between the “left” and the “right.” Nigeria is here and even worse! Your party the APC is same difference as the PDP!

As 2020s commences, protests across the planet will continue unabated; rising levels of discontent will manifest in both progressive and reactionary directions. Mr. President do not let them, ‘who ever them are’, to deceive you, the discontent is visible. The political character of the anger might whip across the spectrum of opinion and hope, but the underlying frustrations are similar. There is anger at the decades-long crisis, and anger at the consequences of austerity. Some of that anger is directed towards hope that was falsely promised, the visible inequality and security catastrophe; some of the anger will deepen into a toxic hatred of other people.

Mr. President, you have the opportunity to grasp by bringing back genuine hope that can be found in the plea for a new system to better organize our common resources to end hunger and dispossession and to manage the great catastrophes of inherited corruption of systemic proportions.

Sir, in this decade, in this Nigeria, young people will be on the streets with banners that plead for a new Nigeria, and this is better than arms, for it is these young people who recognize that their lives are at stake, that the class realities of property and privilege are shutting the doors on their aspirations.

Sir, let me end my letter to you in this manner, …as of today comparatively you are a decent man… (Note my word sir, comparatively). You are not as tainted as most players in our power bloc. However trust me, you are tainted. You may have not helped yourself to the treasury till, but you are culpable for several indecisions, comments, misspoke and actions that are ludicrous.

Sir, for the better part of the last five years, you have not run away from the picture of a ‘yes man’ and you are still far from the business as usual set of leaders that have plagued this nation.

Praise singers have again simply caught the messiah bug or reinforced what is known. They have called you a god. While your letter to us this New Year celebrated a few achievements, your administration has not built one school, from scratch to finish, have not built one refinery, have not completed one major road…I mean one original idea that has its conception, incubation, and birth and functionality in your administration.

Finally Mr. President, you are not under obligation to read, or listen to me. Besides you are not the root cause of why nearly 60 years after we are still a nation of potentials and little in achievement. You cannot do anything about it…but certainly you can do something…you cannot surprise many of us that do not believe in your leadership. But you can shut us up by performing. It’s your choice sir, but only time will tell