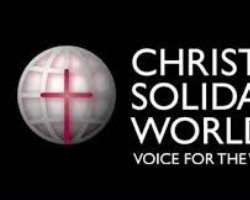 Professor Richard Solomon Musa Tarfa, co-founder of an orphanage for unwanted children, who has been detained since Christmas Day, was granted bail on 3 January by a court in Kano state, northern Nigeria. The professor will be released upon payment of N5 million (approximately USD13,800) in bail, and on condition that one of his sureties is a permanent secretary in a federal ministry.

Professor Tarfa is due to appear in court on 6 January to answer charges of criminal conspiracy and abduction in connection with the Du Merci Centre, an orphanage which he and his wife, Mercy Solomon Tarfa, opened in the Kano state capital in 1996 to care for abandoned children in the Christian District of Sabon Gari. The centre provides accommodation for these children, who view them as parents and are educated and cared for until they are able to live successful independent lives. It also accommodates young women who are pregnant out of wedlock, until they give birth, reconciling them whenever possible with parents who had rejected them due to social stigma.

On 25 December 2019, armed police officers accompanied by agents of the National Agency for the Prohibition of Trafficking in Persons (NAPTIP) invaded and searched the orphanage, reportedly without a search warrant, and transported 19 children who resided in the orphanage to the Nassarawa Children's Home. Mrs Tarfa was briefly detained and released, while her nephew, Mr Nathaniel Phil-Ariyo, who was visiting for Christmas, was released on bail five days later. However, Professor Tarfa has remained in detention.

Professor Tarfa was subsequently obliged to accompany the officers on a similar raid on the Du Merci orphanage branch in Kaduna state on 31 December. The building was searched and eight children residing there were transferred to Kano state and placed in the Nassarawa Children's Home, while Professor Tarfa was returned to detention.

Local sources report that Professor Tarfa was initially accused of not having a licence to operate an orphanage. However, once his wife produced documentation proving the orphanage was duly registered to operate, the charges were allegedly changed to criminal abduction of minors.

This is not the first time the professor has been arrested in an attempt to close down the orphanage. He was initially detained in 2002 following a similar raid on the orphanage. However, a High Court ruled that the Du Merci Centre was duly registered and was conducting a legitimate endeavour. The court also ordered the return of children who had been removed from the orphanage.

CSW’s Founder and Chief Executive Mervyn Thomas said: “While CSW welcomes the granting of bail to Professor Tarfa, the grounds for his arrest and the abduction charge levelled against him are questionable, given the fact that the orphanage is duly registered and keeps records on how each child came to be there. We commend every effort to address the abduction of minors in a proactive manner, and are aware of several cases where this is alleged to have occurred. CSW urges the authorities in Kano to focus on ensuring redress in these and other genuine cases, rather than dissipating resources on potentially malicious prosecutions or cases where charges cannot be substantiated.”