2023 Presidency: Igbos Will Lose Again Except They Belong – Isa Funtua 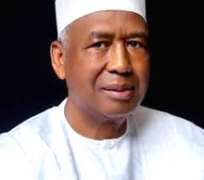 Malam Ismaila Isa Funtua, the Life Patron of the Newspapers Proprietors Association of Nigerian (NPAN), a politician, businessman and a close associate of President Muhammadu Buhari, says the Igbos and deceased former Vice President, Dr. Alex Ekwueme lost the presidency in 1999 because the late politician refused to play politics of inclusiveness, saying the Igbos are doing the same thing today.

Funtua, who was guest on Arise TV’s The Morning Show dismissed the argument for Igbo Presidency on the basis of marginalization and equity saying “They should belong, they should join the political party” before one of their own can emerge president in 2023 or later.

“They want to do things on their own and because they are Igbos, we should dash them the president? That was the reason I said is it turn by turn Nigeria Limited?,” he asked his hosts, Reuben Abati and Tundun Abiola.

The Igbos voted overwhelmingly in the last presidential election for the main opposition party, Peoples Democratic Party, PDP, which had one of theirs, Peter Obi, a former governor of Anambra State as Vice Presidential candidate. The PDP lost that election to the incumbent Buhari.

Funtua gave an example of inclusive politics, with the foray of the late Chief MKO Abiola, who defeated Alhaji Bashir Tofa in his hometown, Kano in the annulled 1993 presidential election. Abiola was from Ogun State.

“You’re talking of politics, which is an issue of votes. My very good friend of blessed memory, MKO Abiola defeated Bashir Tofa in Kano. Was MKO Abiola from Kano? But he defeated Bashir in his own town Kano. Why? Because the man played politics, he embraced everybody. If you send him invitation for anything, if he is not there, his representative will be there and he will play his part. You cannot sit down and say because you’re an Ibo man, there is no fairness.”

When reminded of the age long alliance between the North and the East which seems to have broken down, he explained how Ekwueme lost the chance to become Nigeria’s President in 1999: “I know something about it, because late Ekwueme was my boss and we campaigned for him throughout this country. Nobody is going to hold your hand politically like a new born baby.

He said: “With due respect to the Ibos, they fail to understand that when the South-west chose to remain on their own as opposition, they did not go near the power. To a large extent, the North in terms of religion and culture are closer to the South-west than to the South-east. When Ekwueme contested again; he was defeated in the contest for the nomination of the party by Chief Olusegun Obasanjo. Why? His attitude had changed. I went to that constitutional conference with my boss and we wanted him to be leading us and be holding some caucus meetings in his house but he stepped back and did not want to have anything to do with the Northern or National caucus because he believed the 1983 coup was staged to prevent him from becoming president.

“Myself and the late Umar Shinkafi were the first Northerners to visit him after he had been released from prison and I explained to him, because I asked him a direct question, whether he had spoken with Shehu Shagari, and he said ‘no’ and I asked why, because he was thinking that Shagari enjoyed because he was kept in a house. Ekwueme should know that Shagari was in solitary confinement and kept incommunicado, while Ekwueme and others in Kirikiri Prison had lots of company and lots of conversation. When I was allowed to visit Shagari during his house arrest, I wept at the condition I saw him.

“Since when has politics in Nigeria become turn by turn Nigeria Limited? I was the coordinator of the campaign of the NPN in 1983; I know Nigerian politics, you chose your candidate who will be able to bring votes to you to win election, not on regional basis, not on tribal basis. Is he going to be the president of the North, East, South-west, South-south or whatever? “If the Ibo wants to be president, then they must belong. If you don’t belong, then you can’t be the president. That is the issue and we have seen it with MKO Abiola of blessed memory. He went out of his way, he cultivated people.”