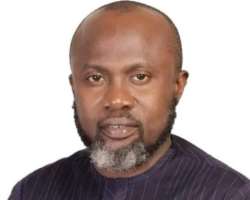 Hon. Okey Onyekanma, Imo State House of Assembly Deputy Speaker is currently immersed in a vehicle procurement corruption scandal to the tune of about N270m.

The first time lawmaker representing Mbaitoli Constituency in Mbaitoli local government area of Imo State is said to have cornered the procurement of 27 Toyota Prado SUVs meant for the 27 House members. In conspiracy and connivance with yet to be identified individuals, the Deputy Speaker smartly procured 2017 Dubai-refurbished Prado SUVs in place of new 2019 Prado SUVs that he was paid to purchase.

The intent of Imo State government in allocating the vehicles to the State members of House of Assembly is to equip them for more effective legislative and oversight functions. As a result of the reality of the financial standing of the state, Nigeria's most prudent governor, Gov. Emeka Ihedioha approached Union Bank Plc for a loan to fund the procurement.

As soon as the loan was obtained, a deal was reached for the purchase of the vehicles valued at N37m each. At this point, it is not yet known how the Deputy Speaker became the contractor/supplier. The deal and it's terms and conditions was known to other House members. The condition was that each member will receive a new 2019 Toyota Prado SUV valued at N37m. When the delivery of the vehicles to the Honourable members commenced, they were surprised that they have been shortchanged by the Deputy Speaker who was responsible for the purchase of the vehicles.

Members were supplied refurbished Four-Cylinder ‘Dubai used’ Prado jeeps with a market value of between N18m and N20m thereby swindling each member about N17m. They found this michief as contravention and breach to the initial agreement and understanding reached with the governor, Rt. Hon. Emeka Ihedioha.

The alleged scam has created stormy atmospher in the state House of Assembly with members demanding for justice. Meanwhile, the Deputy Speaker, Hon. Onyekanma has engaged services of spin doctors who are busy at the dry-cleaning shop, laundering his image on the positive outlook. Feelers indicate that this particular scandal will consume the perpetrators as the government is said to be furious over the scandal.

According our investigation, the State Commissioner of Finance has distanced himself from the deal. He has directed further queries to the Deputy Speaker, who according to him interfaced in the procurement. It was discovered that Finance Commissioner only conveyed government approval to the bank that funded the procurement.

A member who pleaded anonymity was quoted: “As I speak to you, the bank (Union Bank) has pleaded with two of our colleagues whose vehicles immediately developed a knocking sound to return them for replacement. We must get to the root of this fraud.”

The angry lawmakers, it was gathered, are premising their avowed stance on the corruption-free Rebuild Imo administration of Governor Ihedioha and the need to redeem the integrity of the House.

However, the 43-year-old lawmaker on the eye of the storm seem unperturbed because of his claim of personal relationship with the Executive, a claim seen as a blackmail to the government. The government is expected to act quickly to redeem her good image and name corruption for what it is.

But the House Committee Chairman on Information, Hon. Dominic Ezerioha, who replied a text message seeking his reaction, submitted: “Join His Excellency, The Governor of Imo State to rebuild our own Imo State. If the Prado jeeps given to honorable members who contested elections are refurbished, it must be returned and any person and persons that are involved must face the battle of the members of Imo State of Assembly. We urge you to carry out your investigation, but do it with sincerity.”

Efforts made to reach the Deputy Speaker proved abortive as his phones were switched off.