Foreign Investment Came Out Of Africa Never Into Africa 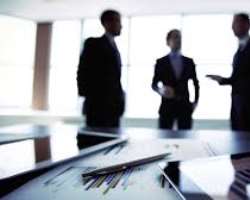 Foreign Investment into Africa is the most deceptive and abused phrase ever used purposely to confuse people of goodwill that International Corporate world are trying to do for Africa what was done for Europe after the War. While it is true that Europe and other continents got richer, the face of poverty shifted from Asia to Africa. This is reality today that most people, with any form of sincerity or conscience cannot argue with.

What most of us do is blame Africans for their own predicament from slavery to neo-colonialism. Of course, there are enough blames, greed, traitors and accomplices to go around. It still takes two to tangle. European countries have benefited right from the days of slavery to money laundering today; not by passive accidents but by active designs.

While it is true that money laundering incurs consequences for Africans caught in the process, it does not negate the amount of stolen money into European and American banks or economy; into the hands of legal and financial accomplices that are charging about a third of the loot as fees. Helped hide poor countries' foreign reserves abroad.

Foreign companies are still at it just as when economic opportunities dried up in 1800 Europe and the Americas, they turned to far away continents looking for natural and human resources. Even the Moroccans, decided on further South into West Africa to capture the gold after fighting wars that depleted their resources and left them poorer. All these have become ancient history today. But if we do not learn from our past, we are bound to repeat the same mistake in the future. Africa’s future started yesterday.

According to OXFAM, it is indisputable that about one trillion American dollars have been lost from Africa to enrich other countries in Europe and Asia. If that is not Foreign Investment (or drain) from Africa, how difficult is it to understand the reverse psychology practices of how Europe (under) developed Africa. It has never been a secret since France, a small country with a tiny “tribal” population still feeds on French Speaking developing countries. African foreign reserves in France Treasury cannot be spent without the approval of France. Indeed, one of their Presidents, so admitted publicly.

Middle Class Africans, especially the ones trained at the London School of Economics, Wharton Business School, Harvard or University of Toronto have preached to us since Independence that only Foreign Investment can save Africa. Voila, realities have taught us different lessons. Sixty years is a long time, enough to understand the Dynamics of Economics. Somehow African markets have adopted Western and Eastern European Economics, be it capitalist or communist theory like old wine in a new bottle.

Obviously, the only missing theory has been African Economics. We must hastily add that it is not out of commission or omission but out of favor to old colonialists to be like them. Those African professors that dared criticize the cramming of Communist or capitalist economic theory as unsuitable or unworkable without adaptation to African market realities, were run out of town as teachers of Voodoo Economics. The reason is not farfetched. Africans longed to be part of the world communities so bad, we were willing to relinquish anything with African appellation or culture.

Those that are still preaching African Salvation by the way of foreign investment have not given up. Indeed, their staunch advocates come are Africans. While those old enough to remember the relative economic reprieve Africa had after Independence, they came to realize that it was only political but did not include actual economic independence. The ploughing of African wealth continued as foreign investment.

Moreover, Africa economic fortune declined further with the introduction of Structural Adjustment. Even when the International Monetary Fund and World Bank expressed misgivings at a conference in Ghana that they did not take the sociopolitical factor into consideration, we had some African economists insisting that African countries implemented Structural Adjustment wrongly, as the cause of the problem.

Then came Devaluations that paralyzed most African countries in the guise that once our human and natural resources become cheaper for foreign currencies, they would be able to buy more and that would spur economic growth by creating more jobs. Those propagating what we all knew as blatantly false then and now realized that we had no commodity that would enter their market.

Even under Obama Administration’s AGOA, most of our commodities were rejected as substandard. Most African businesses do not realize what it takes to get our products into their markets, in their stores shelves, even at the risk of a temporary loss in profit.

It all boils down to promises into the future prospects or fooled as promising emerging markets that has never been realized. They choose the best countries open for business based on what they can scoop out as fast as they can on demand not on what Africa can gain. We are the fastest growing economies after they have had their lion share with promises of crumbs in the future.

They sell us rosy prospects as they did with religious deliverance that we will reap our reward in heaven, as long as we obey and abide by their rules on earth. So, there has never been any reasonable chance that foreign investment from their countries would liberate us in 60 years after Independence or ever as their internal traitors support their chicanery. An attractive charade for a toddler's intelligence.

There has always been one-way flow of capital either by money laundering with their corporate firms that source raw materials in Africa before and after Independence. Most, if not all, have never been foreign currency earners into Africa but they dip into meagre reserves to launder money back into their countries under the guise that they have to buy and import foreign materials for our factories; otherwise they layoff local workers.

African business men have learned well from their foreign masters and partners. Most of them have never earn foreign currency for their countries but dug deep into local reserves as international companies and launder foreign reserves into shell companies.

How much longer is this going to take until Africans realized that if they were crawling for over 60 years since Independence, they could have been better off than the abject poverty, disillusionment and obsession the foreign investments have left them. When all along, Africa was the source of foreign investments into Europe, America and Asia.