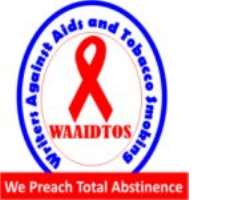 The Writers Against AIDS has urged the Economic and Financial Crimes Commission (EFCC) to probe and investigate the financial transactions of state agencies for the control of HIV/AIDS across the country headed majorly by some wives of few states governors.

According to WAAIDS, It is no more news that Nigeria is Africa’s most populous country and is home to the third largest number of persons living with HIV/AIDS.

This was contained in a press release issued and signed by the national coordinator of the group, Mr. Wole Adedoyin in Ibadan on Sunday after a strategic meeting with some stakeholders in the state.

According to WAAIDS, the HIV funds which ought to have been used in taken care of people living with AIDS were either diverted into an unknown account for selfish purpose or used for an unknown activities, whereas hundreds of people living with HIV/AIDS are dying every day. In some states, Chairmanship and membership into the State’s agency for the control of HIV/AIDS is now political. As some politicians think it is an avenue of making their millions not minding hundreds and thousands of lives begging for care, attention and medication.

“It should also be noted that every new infections starts with someone who is already infected. New infections occur because infected persons do not take the necessary precautions or because of poorly organized protective services. Patients are also not being sufficiently educated on their responsibility to prevent the spread of HIV and are not being included in protective service. HIV diagnosis is a traumatic experience that significantly changes a person’s life. Many people in Nigeria are still unaware of their status; these and others should be the watchwords of those agencies at the state level but they failed to discharge them .”

“We are therefore calling on EFCC to beam their searchlight and investigate fraudulent activities going on in some of these states agencies. Their accounts should be audited. Valuable lives of people living with HIV/AIDS are wasting every day for political reasons.