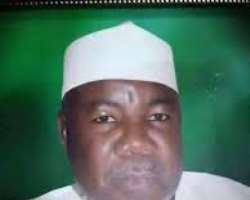 A legislator in the Sokoto State House of Assembly, Isah Harisu, is dead. According to available information, the lawmaker slumped and died on Monday during plenary.

Harisu, the representative of Kebbe Constituency, was said to have arrived the Assembly in seeming good health as he was not assisted in any way.

He was said to have during plenary, showed signs of discomfort, slumped and died.

The death was officially announced at the parliamentary sitting by the Assembly Deputy Speaker Alhaji Abubakar Magaji (PDP- Bodinga North).

The late lawmaker, age 55 left behind his mother, four wives and 22 children that include 11 males and females respective.

The late Isah Harisu held various political position before he become a member of the state House of Assembly in the 2019 general election.

Meanwhile the Assembly has suspended its sitting to Tuesday December 31, to attend the burial rites schedule to take place later today Monday.