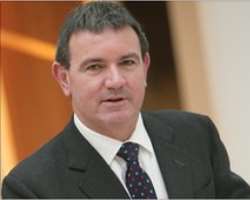 Oil found in deep waters is needed because the world will need 45% more energy by the year 2030, BP's chief of staff, Steve Westwell, told the World National Oil Companies Congress.

Consequently, the world would need new reserves from “new frontiers”, he said.

Steven Newman, chief executive of Transocean, which owned and operated the destroyed Deepwater Horizon rig that blew up on 20 April, attacked the US ban on deep water drilling.

“There are things the [US] administration could implement today that would allow the industry to go back to work tomorrow without an arbitrary six-month time limit,” Mr Newman said on the sidelines of the meeting.

His comment was a reference to a moratorium on deep water drilling introduced in the wake of the rig explosion that killed 11 workers and set off worst oil spill in US history.

A prolonged ban on deep water drilling would also “be a step back for energy security”, added Chevron executive Jay Pryor , suggesting it would “constrain supplies for world energy”.

A legal challenge of the moratorium has been mounted and a decision is due by Wednesday.

Mr Westwell said BP would re-assess how it balanced risks, but he also insisted that the leak in the Gulf of Mexico would not lead to deep water production being halted.

It would be a mistake, he insisted, to create an environment in which investment in deep water would become impossible.

“The world does need the oil and the energy that is going to have to come from deep water production going forward,” he said.

“Therefore, the regulatory framework must still enable that to be a viable commercial position.”

And he said “BP will come through”, suggesting that most of the flow from the well in the Gulf should be staunched by August.