Says "a member of a vigilante group in the area carried out the shooting".
By The Nigeria Voice 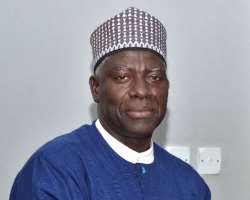 The Department of State Services (DSS), has denied media reports that its personnel shot someone in Alor, Anambra State.

A statement by the Public Relations Officer, Department of State Services, National Headquarters, Abuja, Peter Afunaya, indicated that The Nation newspaper, among others, carried the story.

According to the reports which are now described as “erroneous story” by the DSS, the personnel shot the native “while targeting a cow that was running away”.

DSS, however, stated that its personnel was not responsible for the act.

Please read the Press Release from DSS:
The attention of the Department of State Services (DSS) has been drawn to a false story making the round that its staff, on 25th December, 2019, at Alor Community, Anambra State “while targeting a cow that was running away”, shot a native instead. The Nation newspaper, among others, has carried this erroneous story. It is not true that DSS personnel was responsible for this act.

The Police has further issued a statement informing the public that it was yet to conclude its investigation to determine the actual killer of the person in question. However, enquiries have indicated that a member of a vigilante group in the area carried out the shooting.

The public is therefore urged to discountenance the story that the DSS personnel shot anyone in the community. Arms handling in the Service is guided by strict control procedures and measures such that none of its staff could have used his/her assigned gun to shoot an innocent native or escaping cow. The Service is professional and will remain so in the discharge of its duties. It is committed to the maintenance of peace and public safety across the country during and after the yuletide season.”