Matters Arising from Sowore to Buhari 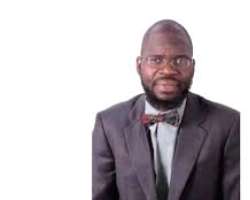 Mr President of Nigeria, the moral war between the Buhari government vs. Global governments just began. Sir, I know you did not want this but it is what it is. Inadvertently your government have made Omoyele Sowore "United States Prison of Conscience." Think about that and its global effects on your name and government.

Sir, welcome to a taste of Americanism. Let me tell you about the American might and global involvements. When it comes to due process matters like Sowore's own, the Republicans and Democrats instantly forget their ideological differences and join hands against matters like that of Sowore. Don't tell no body, they have a thousand ways of dealing with those that they distrust. Sir, fekele oo, meaning take it easy in ishan dialect, edo state.

Remember the judiciary which is part of your government have told you indirectly to let it go ooo. Insulting a President is not a crime, got it. I already theoretically counseled you about about SIS ( sowore Intoxicating stress). Sir, we in the diaspora or in our various artificial lands respectfully ask Allah to keep guiding you as you sanitize the treasury and civil servants of our unnecessarily too humongous civil service. That's one of Sowore's concern.

Like I said in some of my over 200 public opinion articles about institutional Nigeria, be drastic with the civil service. It matters not the length of service or level of position put all them on annual contract marked by quarterly performance reviews. The yeye or do nothing ones will vanish. But pay attention to regular salary. Many of us are truly tired of sending money for basic needs. Oh, the recent ethical and corrective move within the federal ministry of power against the unusual behaviors of some agencies and their heads is good. Allah/God and the children bless you for that great and dramatic positive move.

Sir, in recent times many are upset with Femi Adesina, your media and publicity ear, I am not, as he is only trying to tell America, Nigerians have sovereignty also. He is just being philosophical and that is ok. But Adesina should know one thing about the American exceptionalism. If you test it they will get you subtly or openly to your political and economic detriment. And not even China or Russia can come to your rescue. So listen less to him on civil rights matters like sowore's own but keep him.

Sir, recently we see aerial patrolling by the Nigerian Air force for traffic and security assistance. Don't overdo do it, or it could be read as intimidation tactics especially in times of your civil rights wahala or challenges. Leave that fully to law enforcement air patrols. Sir, back to civil rights matters.

A former national security adviser, one Sambo Dasuki is out of over due custody finally, in accordance to the law but his legal treasury cases must be vigorously prosecuted for deterrence sake. Another issues Sowore cried of constantly.

Sowore within a few minutes of his legal release said it again, "Revolution Now" as he is driven into freedom. He said it again because he is supposed to by the virtues of the constitution. This is the 21st century, you don't arrest someone for talking or cursing. Got it ?Alhaji Buhari, our chief political executive and able President, please avoid any form of SIS.

Now, if he physically threatens you or anyone arrest his ass and the world democracies will be on your side.

Sir, a word about Nigerian public universities, start closing many of them and encourage more private businesses to invest in setting up private and online universities. I say this because you don't need more stress like SIS which I pray won't affect you but you never know. Always remember it is better for the government to be fearful of the people than the people to be afraid of the government because it allows for much more meaningful and measured monitoring on the part of the government.

As you can see this Sowore thing has brought out many things regarding positive rights and governmental sanity.

Prof. John egbeazien oshodi is a Professor of human Psychology with a focus on the psychology of emerging societies and democracies.. Founder of psychoafricalysis or psychoafricalytic psychology. [email protected]