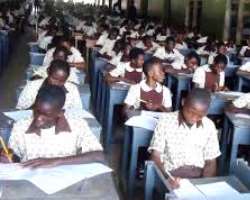 Chief Obafemi Awolowo, the late sage and erstwhile Premier of the Western Region between 1954 and 1959 scored several firsts during his colourful premiership that is still a case study among political pundits and historians. He brought the first television station to Africa – the Western Nigeria Television (WNTV), built one of the first stadiums – Liberty stadium, Cocoa house – one of the tallest buildings in the African continent amongst other ground breaking deeds. The one that endeared him the most to his tribesmen was that of the free primary education which was introduced in 1955.

This policy made primary education widely available to all both Yorubas and non Yorubas alike who were resident in the then western region. The policy was a welcome balm for many indigent residents who greatly encouraged their children and wards to take advantage of the visionary and laudable scheme of the man fondly known as Awo who Chief Chukwuemeka Odumegwu-Ojukwu later described as the best President that Nigeria never had. Many scions of stark illiterates were able to receive a quality primary school education which their parents could never have been able to afford despite their endless toil for a better life.

It is instructive to note that many offspring of the south western politicians attended these public primary schools whose standards were extremely high. The teachers who taught there were well remunerated and highly motivated to impart knowledge in the minds of the young ones. Some of these teachers even trained in the United Kingdom and were committed to their job.

The Unity Party of Nigeria (UPN) which was the offshoot of the Action Group which implemented the policy did the same in all the states it controlled in the defunct Second Republic.

The Fourth Republic which heralded in 1999 saw its continued implementation through the then Alliance for Democracy (AD) which was the party of the progressives many of them battled the military. They expanded the scope of it to include that of the secondary schools and they used it to win votes among the electorate who were eager for a better deal after sixteen years of ruinous military rule. The attraction of the program which was populist in nature attracted the attention of hitherto conservative politicians of other political parties who smartly co-opted them as part of their cardinal programs to the people.

The old saying that there is no free lunch in Freetown, the capital of Sierra-Leone rings true when you do a critique of the program in the country.

The schools are grossly overpopulated as too many students are enrolled in them with the facilities being grossly overstretched. The parents sadly have an entitlement mentality as in Lagos state; books are given to these students. The parents hardly attend the Parents Teachers Association Meetings as they wrongly attribute it to being a governmental affair.

The facilities in the laboratories are inadequate and the students can hardly perform experiments in them. How can the country compete with its peers globally in STEM education with this trend? Many of the teachers are ill motivated and equipped to teach the students well. A huge majority of them hate their jobs and transfer their hatred and anger to their hapless students who bear the brunt of their teacher’s unfounded wrath. Many of the teachers supplement their meagre income with classroom trading and use the students as part time traders.

Many poor parents prefer to toil day and night in order to send their children and wards to private schools as the standards in most of them are much better than the public ones. Education is the greatest legacy a parent can leave for his or her offspring and it makes a whole lot of sense to ensure that the education received is of high quality.

In the good old days of Nigeria, education was a leveler as it brought the kids of the rich and poor together under one roof. It also guaranteed upward social mobility as the son of a pauper could aspire to the zenith of leadership in whatever sphere of life simply because of it – it was that powerful a poverty alleviation tool. Now sadly this isn’t the case as the children of the politicians and top bureaucrats are ensconced in highly expensive private schools while their counterparts from plebian backgrounds are left to wallow in the public schools which have little or nothing to offer.

I suggest humbly that the nation should return to the Second Republic where the children of politicians and public officials attended public schools. This will ensure that the quality will astronomically go up as the parents would want the best for their children and so will fight for an improvement in the public schools. The school system should revert to what it used to be as a leveler so that the children of the rich and the poor can be life long friends which will augur well for society. Education shouldn’t create more divides in the already largely divided society. Education is the most potent weapon for greater societal good and it should be deployed with efficiency in the public sector.