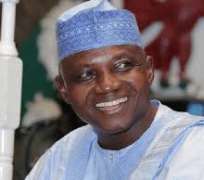 The Presidency has condemned some international news outlets ascribing the detention and release of the Convener of Revolution Now, Omoyele Sowore, to journalism.

Malam Garba Shehu, Senior Special Assistant to the President on Media and Publicity, said Sowore was detained and later released on bail today by the Department of State Service (DSS) not due to his work as a journalist but because he called for a revolution to overthrow the democratically elected government of Nigeria.

Shehu made the clarification in a statement in Abuja on Tuesday.

The presidential aide, therefore, frowned at those describing his release as that of a journalist.

The statement read in part: “The Presidency wishes to clarify the release on bail of the presidential candidate of the African Action Congress in the February 2019 elections, Omowale Sowore

“Some international news outlets have mistakenly been describing his release as that of a journalist.

“For the avoidance of doubt, the Buhari administration has never, since coming into office in 2015, detained a journalist, seized copies of newspapers or shut down a medium of information.

“Sowore called for a revolution to overthrow the democratically elected government of Nigeria. He did so on television, and from a privileged position as the owner of a widely read digital newspaper run from the United States of America.

“He founded an organisation, Revolution Now, to launch, in their own words, “Days of Rage”, with the publicised purpose of fomenting mass civil unrest and the elected administration’s overthrow.

“No government will allow anybody to openly call for destabilization in the country and do nothing.

“The government believes strictly in observing the rule of law but must safeguard public security and will not allow trouble makers to incite the public and cause a breakdown of law and order.’’

Also, the presidential aide disclosed that Federal Government may appeal against the court judgments that granted bails to the former National Security Adviser, retired Col. Sambo Dasuki and Convener of #RevolutionNow, Omoyele Sowore.

Malam Garba Shehu stated this in an interview with newsmen in Abuja on Tuesday while reacting to the presidential directive on the release of Dasuki and Sowore.

He said that the decision by the Nigerian government to release the affected persons on bail was informed by the need to observe the rules of the law.

“Not withstanding the right of the government which are very clear to it under the constitution of Nigeria to appeal this order for their release, to the Court of Appeal in fact to follow the entire judicial process leading up to the Supreme Court.

“The government has decided, as an important lesson, that compliance to the rule of law of the court of the land is important, government is asking them to go, is releasing them.

“The processes of their trials will continue and the government will be using the same process to assert its right also appealing the terms and conditions under which the court said they should be released.

“However, the President wants an important lesson to be taught in the country – this is that – `we will obey the order and they will be let go and the processes will go.”