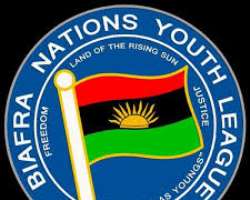 The Biafra Nations Youth League, BNYL, has condemned attack on Former President Goodluck Jonathan's residence by unknown gunmen today. Reacting to the news of the attack, a new Chief Press Secretary of the group, Richard Odung said that youths in Bayelsa have decided to allow themselves to be used for politics and wondered why there is always a do or die politics in the Niger Delta especially in Bayelsa State.

Odung suspected that the lost of the ruling party to APC which Jonathan was accused of sabotage led to the attack "I think it is the suspicion that Jonathan sold his party out to APC when he visited Buhari that is leading to this nonsense some of our youths who have decided to allow themselves to be used as political thugs".

He hinted on the reasons the Niger Delta have not been able to progress in terms of development and unity enhancement, "To us , we feel that lack of understanding of what politics is all about is why we cannot record progress and unity in the South-south. In 2019, they were ready to die for Jonathan, but today they are after him, Politicians knows where they meet, they create problems for personal interests".

The Chief Press Secretary of the group also drew the attention of the group that threatened the Indigenous People of Biafra, IPOB, over attack on Chibuike Amaechi, "the group who called themselves Concerned Niger Delta Group should first educate themselves, unite their people before coming out publicly to exhibit their stupidity because Amaechi was allegedly beaten. The truth is that some of our South-south politicians especially in riverine Rivers State and Bayelsa are using their political militants disguising as freedom fighters to haunt themselves for selfish moves", adding that the it was the careless attitudes that gave the state away to APC.