The anti-politics of Buhari administration 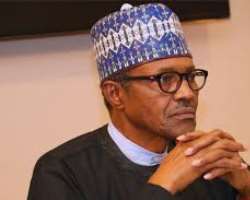 I am pleased to deliver this keynote address at this 2nd summit of the Nigerian pro-democracy movement. This summit is taking place in the context of deepening national contradictions and a clearly sinister political atmosphere with a consequent fissiparous impact on the country’s unity, a dynamic that hitherto had been woven above class divisions and ethnic boundaries. The contradictions have been well captured in the concept note of this gathering:

More people are living in extreme poverty in Nigeria than in any other country in the world.1 Over a million Nigerians are living in IDP camps as a result of violent conflicts. In the Boko Haram war in the northeast, the herder and farmer conflicts, the Niger Delta insurgency, the Biafra secessionist agitations, massive and ongoing corruption, political thuggery, armed robbery, kidnappings, ritual killings, substance abuse by sections of our youth, enormous unemployment, etc. we see signs and symptoms of a state in deep crisis. As a cause and consequence of the crisis in Nigeria is the massively polarised public sphere with discourses often clouded with ethnic, religious and other sectional colourations.

The fact that the above objective realities are happening in a ‘democratic setting’ calls for an interrogation of the meaning of democracy. In a typical 100 level political science examination question on democracy, students are easily attracted to Abraham Lincoln’s definition of democracy captured in his Gettysburg address in 1863. Lincoln says that “democracy is the government of the people, by the people, and for the people.” They care less about the markers of democracy such as liberal, direct, indirect, socialist, and so on. Not for them, the contradictions of democracy as being for the needy who would be occupied struggling to make ends meet such that Aristotle had to cast his lot for polity as the best form of government, a middle of the road contraption between middle class and the wealthy.

The organizing theme of democracy is the demos, that is the people and the very aim of government is to protect lives and property of its citizens. In a more philosophical sense, the aim is to achieve happiness for all. The Nigerian ruling elite chose liberal democracy as a regime-type in 1999. As I have argued in many of my scholarly outputs, liberal democracy embodies a cluster of liberties such as the freedom of expression and of the press, political freedom, freedom of assembly, among others. The legitimizing element of liberal democracy or any other form of democracy for that matter is the consent of the people. When you remove that from the democratic process, you have not democracy but tyranny.

So, democracy is that government that provides the material conditions for self–actualisation and recognises always the people as the repository of popular sovereignty. Democracy functions well in the context of separation of power and horizontal accountability among the various arms of government, namely, the legislature, executive and the judiciary. The legislature, it must be noted is the gut of democracy and the judiciary the sentinel of the rule of law. This is so to avoid abuse of power. The unity of the arms of these arms of government in one arm undermines checks and balances, and again the result is tyranny.

Our democratic process has been purged of virtually all its democratic content. The people, the organising element of any polity do not matter and to borrow the words of Guillermo O’Donnell, they have been reduced to citizens of low intensity. The legislature is a rubber stamp one, known in British history as the ‘Long parliament’, a proxy of the executive who were elected in a brazen compromise of parliamentary autonomy. The judiciary is intimidated and peopled by political appointees without merit but programmed to do the will of the executive. In this manner, the judiciary has become the Golgotha of the common man and not his hope. With the capturing of the rest arms of government, the executive has been transformed, in all objective sense, into a despot.

Beyond theoretical abstraction, the rape of ethicity of governance are evident in the travails of detainees and the ethnicisation of the federal bureaucracy and the impunity of public officials. Detainees include former National Security Adviser, Sambo Dasuki, the Leader of the Shiite movement in Nigeria, Ibrahim El-Zakzakky and wife and the Publisher of Sahara Reporter, Omoyele Sowore who are being held in incarceration against rulings of the Court. Judges houses have been raided at midnight to cow them while a sitting chief judge of the country was humiliated out of office. Individual critics have been held on the orders of state governors.

For examples, Dadiyata Idris, Stephen Kefas, Agba Jalingo and Jones Abiri, among others. These are taking place amidst routine human rights violation by security forces. Casualties from herdsmen killings are more than those killed in the Syrian civil war. So, what you have today is an expanding web of authoritarianism in the country. All key federal appointments both in the security and bureaucracy are in the hands of one ethnic group in flagrant disregard to the federal character provisions of the 1999 Constitution as amended.

Indeed, Nigeria has become such a huge joke that service chiefs now allocate to themselves significant federal facilities. Justice in the dual sense in which Aristotle conceived of it in the Nichomachian Ethics, the universal and particular, are now absent in the country. The universal justice means lawfulness with a concern for the happiness of the political community while the particular translates to equality and fairness. Indeed, secular, and traditional institutions of states have been undermined and replaced by idiosyncratic personalized rule in a brazen exploit of anti-politics.

Given the foregoing, the pertinent question is: what is to be done? Nigerian history is essentially authoritarian and the corresponding resistance to it. The positive news is that we have defeated all forms of authoritarian intrusion into the Nigerian state. The Punch in its editorial was apt in this regard:

Nigeria has had more than its fair share of draconian rulers, whether in military or civil garb, but none has succeeded in breaking our resilience and irrepressible spirit. This regime will not prove to be an exception. Nigeria, and Nigerians, will overcome. The strong desire of our people to enjoy the unfettered freedoms guaranteed by the constitution and the rule of law, including the freedom to speak freely and assemble peacefully, will again outlive, outlast, and crush the spirit of despotism.

The current despot in the country is a bull in a China shop who has inflamed all the divisive tendencies—ethnic and religion faultiness and even waging a war against the country as a result of conspiratorial silence on the so-called war against Boko Haram. I will elaborate on the latter claim. A few months ago, the former President of Benin Republic, Nicephore Soglo at a conference organized by the national Democratic Institute in Niger Republic fingered Saudi Arabia and Qatar as being behind Boko Haram insurgents and equally and much earlier, CBN News also carried reports of arm shipment from Turkey to Boko Haram. We do know the cozy relationship between these countries and the current administration. The point being made is that the current battle to reclaim Nigeria is complex and we need to build an alliance of forces taking into consideration all the nuances of the Nigerian situation. Before going into the trenches, we must answer the question of the structure of the Nigerian State: unitarism or federalism? Under the current administration, Nigeria is heading to the point of no return. Maybe we can save it.