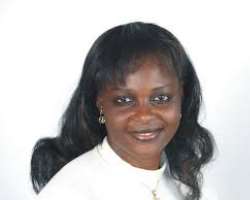 The 2019 female Presidential Candidate of the Mass Action Joint Alliance (MAJA) Princess Prof. Funmilayo Adesanya-Davies who was conferred with Sir Ahmadu Bello Platinum Leadership Award of Excellence as an ‘Icon of Peace/Nation Building’, and given the title of ‘JARMAN MATASAN AREWA’ meaning "War Lord of the Northern Youths" by the Arewa Youth Council (AYC) in 2018 has raised support and added her voice to that of Arewa Youth Consultative Forum (AYCF).

In December 21, 2019, on the issue of inclusion of Referendum in Constitutional amendment, the AYCF urged the National Assembly to without further delay commence the amendment of the constitution with the primary aim of inserting the referendum clause in the constitution that would pave way the restructuring of the country.

"AYCF which faulted the position of the President Muhammadu Buhari’s administration that only the National Assembly can restructure the country, averred that the only job of the lawmakers in this regard is to put in place the referendum provision needed to carry out a nation-wide vote on restructuring report from the 2014 Conference or the report of any other conference as may be decided by Nigerians, should the administration finds any fault in the 2014 Document."

Outrightly, "The national Chairman of the group, Alhaji Shettima Yerima, faulted failure by Nigerian past and present leaders to include the referendum clause in the country’s several constitutions which would have guaranteed member-ethnic nations’ right of self-determination as contained in the United Nations’ Charter."

According to him, "if this clause had been in the Constitution, the country would have been saved the violent effects of agitations by militant ethnic groups in the country, citing the recent case of violent agitation for self-determination by the Independent People of Biafra."

In their words, "The group while bemoaning the high level of poverty ravaging the vast majority of Nigerians and low level of development across the country, declared that nothing could change the situation under the present political structure, adding that no amount of constitutional amendment by the National Assembly or bail-out to the states from the federal government would bring any significant improvement in the life of the people or improve infrastructural development unless the country carried out a fundamental restructuring."

Yerima succinctly put said, "that even though it had been rightly asserted that the central government was too powerful and held on to much of the country’s wealth, he however added that the beauty of giving more power and autonomy to states/regions, is that it would help expose the ability or otherwise by the structures to deploy the resources in their various domain to the development of their areas and the people."

and intelligent Northern Youths is being heard, if our country Nigeria must move forward. It is time to without any form of bias include the referendum clause in the Nigerian Constitution which would guarantee, member-ethnic nations’ right of self-determination as contained in the United Nations’ Charter. It's time to restructure Nigeria.