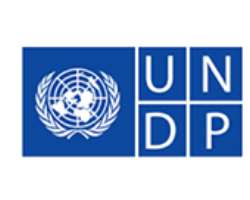 The trained 190 members of the CJTF were also granted N180,000 each as take off grant for their respective skills that they trained on for two weeks at the College of Agriculture Vocational and Skills Acquisition Training Center.

The Head, UNDP Sub Office, Maiduguri, Ms Mizuho Yokoi thanked them for their service in the past and congratulated them for becoming entrepreneurs while announcing that certificate will be given to each of the 190 members of the CJTF.

She added that each of the graduating trainee will be given a take off grant of N180,000 through the bank to start up their respective acquired businesses while directing each of them to open a bank account and forward his or her bank details.

The UNDP Sub Office Head appreciated government of Germany, Borno State government, State Ministry of Justice and Management of College of Agriculture for their support to the Disengaged CJTF.

The Borno State CJTF Coordinator who is also the State Attorney General (SAG), Barrister Kaka Shehu Lawan represented by Barrister Buba Yusuf said the emergence of CJTF was voluntary and their activities spread down to the LGAs including neighbouring states and countries of Niger, Chad and Cameroon Republic.

"They greatly assured the gallant troops and other security agencies. Their achievements are supported by President Buhari and Governor Babagana Zulum in the fight against Boko Haram insurgents.

"Boko Haram remains degraded. Boko Haram will soon be over. Boko Haram Insurgency will be controlled and managed which informed UNDP collaboration with the Leadership and Citizenship Institute.

The Provost of College of Agriculture, Maiduguri, Lawan Gana Wakil said that CJTF went through the two weeks vocational and skills acquisition training under the funding of EU and coordination of UNDP.

He congratulated the disengaged CJTF and urged them to invest in their skills and utilize the opportunities they acquired from the training.

The Borno State Commissioner of Women Affairs and Social Development, Hajiya Zuwaira Gambo represented by Mohammed Abubakar Ngoshe thanked Governor Zulum and UNDP for their support to the CJTF.

She advised the CJTF to rise up to the challenges in life wherever they may find themselves while commending the disengaged CJTF for their efforts in the fight against Boko Haram terrorists.

The Vice Chairman, CJTF, Borno State, Modu Aji thanked the state governor, state attorney general and UNDP for their support, stressing that, the training scheme provided means of livelihood to the beneficiaries.

He added that the training and disengagement of his members was an opportunity that will bring progress and restoration of peace in the society by making them self emplolyed and reliant.

SEMA Executive Chairman, Borno State, Hajiya Yabawa Kobo represented by Isa Ali Ngoshe called on the CJTF to concentrate on their respective skills and become useful to themselves and the society.

In a vote of thanks, Ahmed Abba Aji on behalf of the 190 members of CJTF selected from Borno and Yobe States for the training scheme thanked the governor, commissioner of Justice, UNDP and Management of COA for their support.

He assured that they will be obedient and will utilize the opportunities given to them, promising never to disappoint the state government and UNDP.