MICHAEL JACKSON HAS MADE $1BN SINCE HIS DEATH 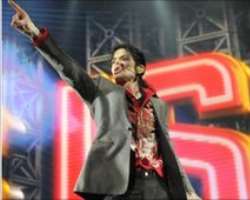 Michael Jackson's estate has made more than $1bn (£677m) since his death a year ago, according to estimates by trade paper Billboard.

Profits from publishing rights, licensing and touring are also included in the total.

A new recording contract is estimated to have made $31m (£21m) so far.

The Sony Music Entertainment deal will see 10 albums of the late singer's music released over the next seven years, including one of previously unreleased material.

Publishing profits
Despite the This Is It tour never getting off the ground, revenue from tickets retained by fans as souvenirs and not refunded brought in about $6.5m (£4.4m), with merchandise raking in $5m (£3.4m), although concert promoter AEG has a cut of these profits.

Jackson's music publishing company, Mijac, currently has a value of around $150m (£102m), according to Billboard.

The magazine said Mijac could have generated as much as $50m (£33.9m) in the last year.

Other profits have come from DVD sales and rentals, downloads, royalties and ringtones.