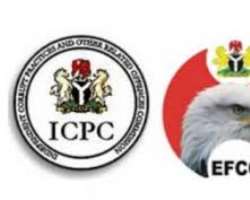 In a way to sustain fight against corruption, Stakeholders of various sectors have called on Governments at all levels to put in place all necessary mechanisms to identify and prosecute people who are embezzling public fund in their custody either as civil servants or public office holders.

They stated this during the International Anti-corruption Day with the theme "Designing 2030: Truth, Trust, and transparency ’ Organized by Participatory Development Alternatives, PDA with support from Actionaid Nigeria at San Diego Hotel, Abakaliki.

The Stakeholders maintained that if those in leadership positions are fully engaged in the fight against corruption, the impact would affect the conduct and culture of every citizen.

"We demand that Government at States and LGA levels put in place all necessary mechanism to; identify and prosecute people who are embezzling public funds in their custody either as Civil Servants or Political Office Holders, ensure timely release of funds to MDAs for Public Service, publish Government Budget Allocation and Releases to all Ministries, Departments and Parastatals (MDAs) on Monthly basis.

In his remarks, Apostle Paul Eze of the State Ministry of Budget, Planning, Research and Monitoring explained that acts of corruption usually occur in budgetary allocation when monies budgeted for a particular project are diverted to other financial expenditure outside the budget.

Eze who described the act as financial misappropriation pointed out that it remains the constitutional responsibility of legislators to either increase or reduce the budget estimate of any government.

"The word padding is an erroneous statement. The National Assembly has the right to increase or decrease the budget estimate. They are doing their job. It is their constitutional right. There is nothing like budget padding in the budget process and policies.

The Stakeholders were from different sectors of the economy including the Security, Education, Media,Business, Agriculture, Civil Society Organization, CSOs among others.