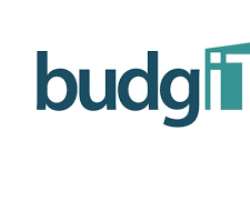 The federal government has completed a total of 475 zonal intervention projects for the year 2018, with 144 others ongoing; 536 not yet started; and 42 others abandoned, a new report by Tracka has revealed.

Tracka, a project monitoring platform by BudgIT to enhance the monitoring of implementation rates of all capital projects outlined in states’ and national budgets, disclosed this today December 18, 2019, at the 2018 Federal Constituency Projects Tracking Report presentation held at Yaba, Lagos.

Tracka’s ultimate goal is to open up public finances to the wider Nigerian populace, making them vanguards for service delivery and transparency. It also aims to expand citizens’ understanding of the budget, in particular on the contextual issues affecting them, to raise demand for citizen information about government budgets and budget implementation.

Recall that Zonal Intervention Projects (popularly known as Constituency Projects) are public projects nominated by federal lawmakers to extend the dividends of democratic government to their various constituencies in the quest to unleash development at the grassroot level of the country. However, findings reveal that as many as over 8,000 of these projects are scattered across the country, whereas, according to recent reports, the government has in the past 10 years spent a minimum of N1 trillion on the projects.

While funds have not been released for 2019 constituency projects (at the time of preparing this report), we make bold to declare that the result of executed projects does not match the humongous sum of funds released by the federal government.

In this report, we enunciate the most critical challenges of Constituency Projects in 2018 without forgetting to highlight some viable solutions to those challenges. Here today, let’s highlight some of these points.

COMMON CHALLENGES OF THE 2018 CONSTITUENCY PROJECTS

Empowerment provisions are short-term provisions that meet immediate individual needs but without any long-term impact on the community. This usually includes generating sets, grinding machines, sewing machines, tricycles and motorcycles. The challenge with empowerment provisions are numerous. The main one being the inability to track them (in terms of full implementation and accurate delivery) has always been the problem Tracking Officers has to experience over the past five years of our work.

Inflated costs and pricing of government projects are one of the leading causes of underdevelopment in Nigeria. The unusual cost of construction in the country compared to its peers worldwide is mind-boggling, thereby making contractors the biggest beneficiaries of developmental projects, rather than the people. A typical example of contract inflation was reported in Ondo State where a huge sum of N24m was allocated in the 2018 budget for the construction of a block of three classrooms at Bolorunduro in Akure North, Akure North/South Federal constituency. Upon completion, mere classrooms were constructed without any furniture provision.

For effective project tracking, it is imperative that detailed project locations of 90 projects amounting to N1.4 Billion in the 2018 Zonal Intervention Projects were included in the budget. In a lot of instances, the location was a missing detail; where communities, civil society and auditing bodies are unaware of project locations, thereby deprived of the opportunity to monitor and ensure proper implementation.

With little attention to constituency project implementation and monitoring, contractors easily lie to government officials about project status in order to access their payment. We have seen instances where a fresh contract is subsequently awarded for the supply of equipment to uncompleted projects which, as our monitoring would later reveal, still turned out uninhabitable despite double allocations. A typical example of this was the case of N105 million and N15 million (respectively in 2017 and 2018 budgets) for equipping an uncompleted 2016 project – Dialysis Centre at the General Hospital, Auchi, Etsako west LGA, Edo State. The equipment were supplied in secrecy and kept at the Otaru of Auchi Palace, as the project was yet completed.

Government projects are fondly executed with substandard materials which consequently cause developmental setbacks and loss of lives aside from attracting more repair and remediation costs for the government. This practice stems from contractors aiming to maximise profit by trimming the cost of implementation or political influence being exerted by the representative(s) of the particular area solely for personal financial gain. At a huge cost to taxpayers, these substandard materials are procured at outrageous prices, with no sanctions from the government when consequences and complaints arise. An example of this was reported in Sokoto state where N37.4 million was allocated for the tarring of a road stretch from Achida Tasha Junction to Kwasare Primary School in Wurno LGA, Sokoto. This road was poorly constructed with substandard material which did not stand the test of time after a heavy downpour.

From research and project tracking across states, we can authoritatively say that many projects are signed off with contractors being paid, but little or no follow-up assessment nor reporting is being done by government authorities. A corollary effect is that citizens are often restricted from asking questions, due to the absence of information on project stipulations and status. During our tracking exercise, we discovered a N15 million in the 2018 budget that was allocated for the construction of a pavillion at Umuona Nnobi Idemili south LGA, Anambra. Interestingly, only the project signpost was erected at the proposed site. Our tracking officer could not confirm the building during field visit, as the site has been overgrown by weeds.

Secrecy in the preparation, enactment and implementation of budgets keep citizens in the dark regarding what their government owes them. One of the challenges to development is the lack of access to information about community projects. Public projects such as the construction of rural roads, schools, clinics and religious houses, are often phrased in technical jargon, making it difficult for citizens to comprehend the budgetary information.

RECOMMENDATIONS
In tracking 1,469 projects so far across 23 states from July 2018 to November 2019, we highlight a few trends (we learned on the field) that have wider consequences and lessons that necessitate the following advocacy:

As Nigeria operates its largest budget deficit in at least three decades, the allocation of funds to public projects should remain cost-effective, with sustainability an overriding factor. In Ondo State, N24 million was budgeted for the construction of a block of three classrooms at Bolorunduro in Akure North, Akure/South federal constituency. With such an enormous amount, there was no provisions for furniture in the classrooms upon project completion.

To the South East, Anambra state precisely, N20 million was allocated for perimeter fencing and roofing of school refectory in Community Secondary School, Umunachi, Dunukofia LGA, Anambra Central Senatorial District, which begs the question: how much would it cost to build a block of 3 classrooms and perimeter fence?

It is common practice for substantial amounts of money to be allocated for training and workshop in fishing production and feed making for women and youth in Edo North Senatorial District at a cumulative cost of N90 million, with the venue for the training untraceable in the whole Edo North six LGAs. Apparently, projects of this kind have no direct impact on the women and Youth in Edo North Senatorial District, as the beneficiaries could not be found and by their very nature, are also highly prone to fraud because disbursement is at the discretion of officials.

The budget is replete with training and empowerment for youth and women as well as the distribution of empowerment materials in the 2018 Zonal Intervention Projects. However, only political supporters benefited from such projects. For example, N40 million was budgeted for distribution as a grant to market women and youths in the 11 LGAs of Katsina Central Senatorial District, but only the senator’s political supporters and/or their wives benefited from the money. The fact that federal lawmakers use these projects, as a means to ‘reward their supporters and political allies’ is a wake-up call for the civil society and the general public to pay more attention on how public funds are expended.

In Kano state, a health project was nominated and recaptured twice without completion for N72 million in 2016, N130 million in 2017 and N120 million in 2018 respectively. This is the construction of a Cottage Hospital (plus supply of modern medical equipment) at Dadin kowa, Doguwa LGA, Kano state. Despite N322 million allocation, the health facility remains abandoned. When tracking officers engaged the residents to inquire about the project, political thugs (reportedly working for the lawmaker who nominated the project) attacked the team and the community champion. In fact, cars and houses were vandalized.

decimate impact reach
In Imo state, members of Umuosi/Umuokwu Lagwain Aboh Mbaise Local Government Area expressed displeasure over the N8 million motorised borehole allocated in the 2018 budget for their community. According to them, it is the least form of development needed in Umuosi/Umuokwu since they already have their own borehole systems. However, the project was first captured in the 2017 budget year–but not executed. It was then again included in the 2018 constituency projects. Yet, it has not been implemented.

In Akwa Ibom, N50 million was budgeted for empowerment and skill acquisition program for youths and women in Ikono/Ini LGA. During our community engagement, we discovered that the people were not aware of any empowerment program or any project in their locality.

and punished
In Enugu North Senatorial District, empowerment items worth N117 million meant for the constituents were stashed in the residence of the lawmaker representing the constituency in the Senate. When officials of the intervention of Independent Corrupt Practices Commission (ICPC) conducted a raid on his home, 281 motorcycles, 51 tricycle and plenty grinding machines were found almost rotten in his compound. It was then he would share the items to the beneficiaries courtesy of ICPC order.

In Birnin kebbi LGA, items of a project listed as “provision of N80 million purchase/supply of fertilizer” were kept under lock and key for a long time without distribution to beneficiary farmers until after the passage of the planting season when they were needed most. We submit that if the government is keen about economic diversification, it must support local farmers across the country with inputs and materials to boost production. It must also plug all loopholes through which corrupt officials sabotage the benefits that should accrue to the people.

Location: Katsina States
Every citizen has the right to be informed on how their tax contributions are being utilized. However, while tracking 2018 FG constituency projects, we observed that representatives at the National Assembly labeled public projects as donations. For example, we observed that the supply of 150 motorcycles in Masuwa/Matazu Federal constituency, Katsina State, which was budgeted for N150 million, was labeled as “donations” by the lawmaker representing Masuwa/Matazu federal constituency, Hon. Ibrahim D. Murtala. What’s more, only 10 motorcycles were delivered to each local government area. We reiterate that constituency projects should not be labeled as donations by individual politicians.

We recommend the following to all stakeholders at local, state and federal government levels as well as policymakers at MDA level: