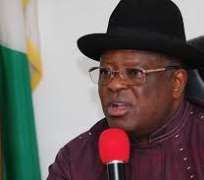 No fewer than eleven communities in Izhia and Ngbo clans in the Ohaukwu local government area vowed to end the practice of Female Genital Mutilation(FGM) and warned that anyone in the area caught in the practice would be sanctioned in accordance with the law.

The people made the open declaration on the occasion of public declaration of FGM abandonment in the Ohaukwu local government area organized by the state branch of National Orientation Agency(NOA) in collaboration with UNICEF.

It could be recalled that Ohaukwu and Afikpo North LGAs rank first and second in the practice of FGM. But the communities in the area have resolved to put an end to the obnoxious and ancient practice.

Speaking on the occasion, Chairman of Izhia Traditional Rulers Council, HRH Dr. Chibueze Onwe Agbo said FGM has ceased to be a tradition in the area following the open declaration against the practice.

“We have come to realize that the practice of FGM has enormous negative effect not just on the victims but to the society at large and has equally caused our women and girls a lot of hardships which includes; excessive bleeding which mostly leads to death, pain, shock and genital tissue swelling, infections, pain during sexual intercourse, decreased sexual satisfaction which could bring about divorce, husband getting married to other women, and extra marital affairs, vaginal discharge and itching.

“We fully recognize and align ourselves with the Ebonyi state violence against persons probation law 2008, or any other law prohibiting the practice in Ebonyi state, and further undertake to apprehend and handover anybody within our community whom by an act or omission is involved in the practice of Female Genital Mutilation to the security agents or any other government body so that the law will take its own course”, he said.

In his remarks, the state Director of National Orientation Agency(NOA), Dr. Emma Abah congratulated the people for resolving to end FGM practice in the area.

Describing FGM as harmful and obnoxious practice that violates the basic rights of women and girls, Abah said the decision of the communities in Ohaukwu would go along in writing the name of the local government in gold.

“FGM poses increased risk of HIV transmission, infection, bleeding, pro-longed labour, still-birth and maternal death during childbirth. It leaves lasting physical and emotional scars and an irreparable damage. Those who indulged in the practice in the past might have done that in ignorance but now we have know better, we have risen up to say no to FGM and put a stop to it”, he said.

On his part, Child Protection Specialist of UNICEF, Victor Atuchukwu urged the communities to ensure that they follow their resolutions by apprehending any member of the communities that may go contrary to their decisions to end the practice of FGM in the local government.

He commended them for taking bold step against the practice.