As conflicts and reprisal murders decline, total number of journalists killed because of their work fell sharply
By Committee to Protect Journalists - Communications 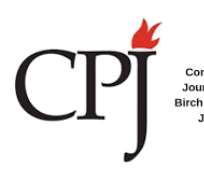 New York, December 17, 2019--The number of journalists killed in the line of duty fell in 2019 to the lowest level in 17 years, as dangerous regional conflicts stabilized and the number of journalists murdered in reprisal for their reporting was the lowest since the Committee to Protect Journalists began keeping track, according to its annual analysis. The numbers represent those killed between January 1 and December 13, 2019.

CPJ found that the number of journalists singled out for murder, at least 10, is the smallest in CPJ's annual records, which date back to 1992. The global decline comes amid unprecedented global attention on the issue of impunity in journalist murders, due largely to recent high-profile cases that continue to reverberate, including Saudi journalist Jamal Khashoggi and investigative reporter Daphne Caruana Galizia in Malta. CPJ has continuously advocated for accountability in both cases, by keeping pressure on authorities in Malta to seek justice for Caruana Galizia and through the #JusticeForJamal campaign.

“The decline in the number of journalists killed is welcome after years of escalating violence and reinforces our determination to fight impunity and do all we can to keep journalists safe,” said Joel Simon, CPJ’s executive director. “It should not be cause for complacency. The grim reality is that the enemies of press freedom have many tools at their disposal, including imprisonment, legal threats, online harassment, and increasingly sophisticated surveillance technology.”

The report notes that it is impossible to determine whether the high-profile nature of the murders Khashoggi and Caruana Galizia--and their consequences--have deterred any would-be killers. One place where efforts to combat impunity seemingly have had no effect is Mexico, where half of this year’s murders took place. CPJ has long sought to combat impunity in Mexico, and in June, held a press freedom summit in Mexico City to discuss solutions to the crisis, calling for President Andrés Manuel López Obrador make press freedom a priority.

CPJ's database of journalists killed in 2019 includes capsule reports on each victim and filters for examining trends in the data. CPJ considers a case work-related only when its staff is reasonably certain that a journalist was killed in direct reprisal for his or her work; in combat-related crossfire; or while carrying out a dangerous assignment.