Azuka Azinge and Question of Women in Leadership in Nigeria 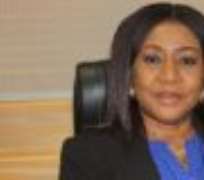 In a country where women account for 55% of the population and have a 10% higher life expectancy rate, the argument for women participation is neither cosmetic nor tokenistic.

Gender inclusion in political leadership is a fundamental aspect of modern democracy. Improved representation of women has been shown to have benefits such as improved policy changes, economic growth, enhanced peace building and a more egalitarian society.

In a shocking departure from its previous antecedent, this administration seems to have adopted a negative approach towards women in leadership. Female Leaders are rapidly becoming an endangered species.

Today, Nigeria has one of the lowest rates of female representation in leadership across Africa, and globally. For example, according to the International Parliamentary Union, Nigeria ranks 181 out of 193 countries in terms of equal participation of men and women.

To put the picture more clearly, in the current 9th National Assembly, under the leadership of the ruling party, women occupy a mere 7 out of 109 Senate seats and only 11 out of 360 seats in the House of Representatives.

Leadership is not gender-exclusive, the combination of traits, ambitions, and skills, are not unique to any gender. While there are plenty of challenges involved in being a female leader, there is no short supply of able and capable candidates.

Last week, the Gombe State Governor, Muhammad Inuwa Yahaya (elected under the platform of the All Progressive Congress) rather than confirm the Acting Chief Judge, Justice Beatrice Lazarus Iliya, chose to appoint a junior male Judge as Chief Judge notwithstanding the fact that Justice Iliya is the most senior serving Judge of the State High Court.

The records show that this administration’s highest achievers during its 1st term were women. We had Lady Azuka Azinge of the Corporate Affairs Commission (CAC) who successfully simplified the process of business registration, to other female high fliers such as Dame Julie Okah-Donli of the National Agency for the Prohibition of Trafficking in Persons (NAPTIP) and Mrs. Yewande Sadiku of the Nigerian Investment Promotion Commission (NIPC) among others.

These amazons have put Nigeria on the global map and won several laurels for the country. Unfortunately, there are some in the current administration who wish to relegate women to the background, notwithstanding the lofty heights these women have attained.

In a submission made by another APC Chieftain and a member of the House of Representatives, Hon. Gudaji Muhammed Kazaure on the International Women’s Day, “giving women too much laissez-faire might lead to the eventual overthrow of men. It is good to give women opportunities, but not too much, if you give women the opportunity to take over this chamber, they will mess up, Mr. Speaker,”

Recall that it was this same Hon. Gudaji Muhammed Kazaure who presented a motion for the suspension of Lady Azuka Azinge just a few weeks ago. My people say if a witch cries in the night and a child dies in the morning, we do not go to the soothsayer to ask what killed the child.

The sins of Lady Azuka Azinge are worse because she is not only a woman, she is also of Igbo extraction. It is on record that from the day Lady Azinge was appointed as Acting RG of CAC on 9th October, 2017, there have been several attempts to pull her down.

Notwithstanding being the most senior Director at the CAC. There have been news articles filled with frivolous stories and petitions allegedly directed to different quarters ranging from Head of Service of the Federation, Office of the Secretary to the Government of the Federation, the National Assembly, ICPC, EFCC, Ministry of Trade and Investment.

She was vindicated of any wrong doing.
It is a well-known fact that since its establishment in 1990, CAC has only been led by Northern Men. Is this the reason why the current administration has refused to confirm Lady Azinge? The most recent brouhaha involves an alleged summons to the famed Code of Conduct Tribunal where Lady Azinge is scheduled to receive the ‘Onnoghen Treatment’.

Is this the best way to treat a woman who has taken the CAC to greater heights? A woman who has been thrice awarded by the Presidency for her industry? A simple Google search will unleash all the achievements the CAC has recorded under her, from the introduction of online registration to the improvement of Nigeria’s ranking on the Ease of Doing Business rating, to the data sharing integration of CAC and FIRS.

In one year, under Lady Azinge, CAC moved from 88th position to 1st Position on the Freedom of Information Compliance Ranking by Public and Private Development Centre. The strides of Lady Azinge can be likened to the impact of the late Prof. Dora Akunyili who repositioned the National Agency for Food and Drug Administration and Control (NAFDAC). After her tenure, Prof. Akunyili was celebrated and appointed as Minister of Information. Why then is the Lady Azinge’s case different?

What is even more shocking is that during this 16 Days of Activism, when the whole world is speaking against Gender-Based Violence and Violence against Women, FIDA and the NBA Women’s Forum have been loudly silent in the face of the executive violence being carried out against our sister, Lady Azinge.

In a recent speech titled 'Where Is Your Wrapper? Ekiti First Lady, Bisi Fayemi said “Our wrappers might all look different, with varying sizes, shapes and colours, but each and every one of us has a wrapper. Bring that wrapper out to shield another woman… Never let a day go by without bringing out that wrapper. The way God works is that the more wrappers you bring out for others, the more will come out for you. We don’t only need wrappers when we celebrate and buy Aso Ebi. We need the wrappers for our trials and tribulations and we all have them.”

What is the message this administration is sending to the millions of girls and women, young and old, all over Nigeria? Who will be next? How many more female leaders have to be persecuted before we rise up to speak? Is it an offence to be born a woman in Nigeria?

If these can happen to successful, powerful women, what hope do I have? Is this why the number of women in public leadership continues to shrink each year? Are we still in the Nigeria of Mojekwu v Iwuchukwu (2004) 11 NWLR Pt. 883, where the Supreme Court reversed the Court of Appeal and recognized the “Oli-epke” custom of the Nnewi people which excludes women from inheritance?

Are Nigerian women in 2019 only good for cooking, cleaning and the other room? My question to our womenfolk is “Where is your Wrapper?”