Bobi's Camp Must Apologise For The " Murder" B4 Seeking Besigye's Support 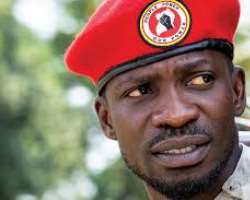 Politics is a dog fight, and only the big dog gets the bone. At the moment, a lot of Bobi's followers are,savagely, urging Dr.Kiiza Besigye not to stand again in the 2021 elections, but they've forgotten that they have already went about this the wrong way, such that it doesn't matter anymore whether Besigye stands or not,because none of his genuine supporters, not supporting Kyagulanyi, would easily switch to supporting him now -There's too much water under the bridge. Therefore, they better concentrate on Museveni, and leave Besigye and FDC alone.

This is how Bobi's camp literally 'murdered' Besigye- its more of the same method lawyers use in courts to help the defendant get away with murder:

Step1: Discredit the witnesses;
They wrote a lot of propaganda against anybody they perceive to be a supporter of Besigye. Such propaganda mainly centered on calling them moles in the opposition- that are working for Museveni. Anybody who has written, or spoken anything against Bobi, has been branded a mole, or something like that.

Step 2: Introduce a new suspect;
They started selling Bobi as an alternative to Besigye during the by-elections, and have done everything possible to distance him from Besigye. Bobi, being a sheep, he just obeys whatever his advisors tell him to do.

Step 3: Bury the evidence.
You throw so much information at the jury that they walk into the deliberation room with one overwhelming feeling-- doubt. They have, cleverly, done this by creating a lot of fake news, doctored videos and audios, against Besigye and others in opposition- that create doubt among the votes, in as far as Besigye is concerned. They have also done this by creating a lot of trivial headlines for Bobi Wine, such that one may think that he's actually done something unique for the opposition that hasn't been done before.

That is how you get away with murder.Bobi's people think that they've got away with 'murder', but they've found a lot of Ugandans with their eyes wide open. Its silly to discourage Besigye from standing again, if his intention is to use elections to continue doing his undergound mobilisation against Museveni.Because, let's face it, nobody is gonna win against Museveni in the elections he is refereeing himself. There's a guy called James Baldwi, he was a writer and black, I read a quote of his and it stayed with me. " Freedom is not something anybody can be given. Freedom is something people take,and people are as free as they want to be." Personally, I strongly believe that Besigye wont be part of the 2021 sham elections.

As a way forward, first, Bobi's camp should apologise for spreading the mole propaganda against Besigye, then we see if people forgive them. Secondly, they should accept to work with Besigye. Yes, the two can work together- Besigye is like Lye, while Bobi is like Fat, in soap.Lye can be used to break down a corpse, but it's also used in soap. So, how come its safe in soap? When the fat and lye are combined, there's a chemical reaction that turns lye into salt- it's called saponification. Bobi and Besigye, combined together, can 'saponificate' Museveni. Short of that, we may as well declare Museveni,in advance, the next president of Uganda.