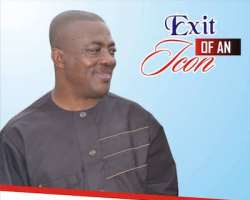 The burial of late Imo State Commissioner for Petroleum and Environment, Chief Tony Okere has been fixed to hold on Friday, December 20, 2019.

According to a burial arrangement released by the family, there will be a Vigil Mass in his honour at St. Matthew’s Catholic Church, MCC Road, Owerri on Wednesday, December 18, 2019. His body leaves Aladimma Hospital Mortuary on Friday, 20thDecember, 2019 for his home town, Obiakpu, Egbema in Ohaji Egbema Local Government Area of Imo State. Interment follows immediately after Church Service, same day.

Until his death on Thursday, 21st November, 2019, Okere was the Honourable Commissioner for Petroleum and Environment in the Rebuild Imo administration in Imo State.

He represented Ohaji/Egbema/Oguta/Oru West Federal Constituency at the House of Representatives between 1999 and 2003.