The Power Sector Doomsday and the New Superhero 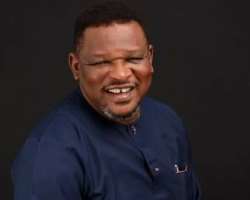 The Power sector sure has a new superhero in the Honourable Minister of State (Power), Mr. Goddy Jedy-Agba, OFR, whose intervention, again, mitigated what would have been a national embarrassment, as the country was plunged into total blackout last Wednesday.

Although, the National Union of Electricity Employees (NUEE) have since suspended the strike it embarked upon, thanks largely to the intervention of the Honourable Minister of State, Power.

The "Peace Meeting", which lasted till the early hours of Thursday morning, had the Honourable Minister of State for Power, Mr. Goddy Jedy-Agba, OFR as chair and a representative of the Minister of Labour as well as the leadership of NUEE in attendance.

By this new move and the amicable resolution of the grievances of the Electricity Workers' Union, it is noteworthy to spotlight the patriotism of the man who has again saved the face of the Power Ministry and indeed the Federal Government of what would have dealt a huge blow on the country's economy.

According to a statement released by the Electricity Union through its General Secretary, Joe Ajaero, "all the concerns of the union and its members were addressed in the meeting which lasted till the early hours of Thursday.

“Following the agreement reached between NUEE and representatives of Government this morning, on all the issues in contention, the Union wishes to suspend the industrial action it embarked upon to press home these demands".