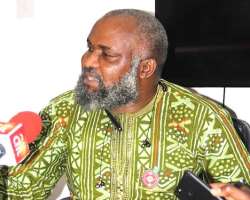 By now (13th December 2019), there should be a sense of foreboding and the fear of uncertainty in the minds of Africans and Nigerians regarding the future trade and diplomatic relationship with Great Britain outside of European Union.

The above assertion comes against the backdrop of the landslide victory recorded by the Boris Johnson-led Conservative party in the just ended election in which the resurgent opposition Labour party headed by Jeremy Corbyn suffered some of the heaviest defeat since the 1930’s. Boris Johnson won the election based on his promise to carry out decisive BREXIT agreement which means that the overwhelming desires of the majority of the voters who have now handed him a clear majority in the parliament is for Great Britain to leave the European economic bloc as quickly as possible. On the other hand, Boris Johnson's main rival and the leader of the Labour party suffered spectacular defeat becabuse of his lack of clarity on where his party stand regarding BREXIT. Whereas his party favoured leave the man himself remains nealutral.

In short, the outcome of the election can be termed as a period whereby Corbyn is curbed effectively and he has already announced his transition programme to step aside and install a fresh head to lead the Labour party of Great Britain. The technicalities of the consequential results that flowed from the election isn't necessarily our focus. Our focus is to fashion out the areas of impacts in which Nigeria may do well to adopt in the conduct of election and the need for the Nigerian convoluted and heavily corrupted and polluted electoral system to be fixed.

There are positives that must be taken by Nigerians if we ever plan to truly become a constitutional democracy whereby the ballot box is stronger than the bullets which are what Nigerian politicians in position of federal authority since 2015 has used to manipulate outcomes of the elections conducted so far by the equally morally challenged Independent National Electoral Commission has headed by the man who calls himself Professor YAKUBU Mahmood.

But first let us analyze the outcome of the election and then look at what possibilities this may offer regarding how Nigeria goes on with constitutional democracy.

Boris Johnson's Conservative party has secured a majority by seizing seats from the Labour party in its traditional heartlands in the north and midlands. Johnson remains prime minister and should now be able to get his Brexit deal through parliament. After a disastrous night, Jeremy Corbyn has said he will not lead the Labour party into the next election. Meanwhile the Lib Dem leader Jo Swinson and the DUP Westminster leader Nigel Dodds have lost their seats (The Guardian UK).

How is the British Voting system set up and why is it that results are declared and losers do not go to what we Nigerians know as election petition Tribunals?

These facts were elaborately explained in www.cnbc.com “In a general election, the U.K. is divided into 650 local areas called parliamentary constituencies, each of which is represented by one Member of Parliament (MP) in the House of Commons.

All British, Irish or qualifying Commonwealth citizens resident in the country and aged 18-years-old or over on Dec. 12 will be able to vote. Britons living abroad — who have been registered to vote in the U.K. in the last 15 years — will also be able to cast their ballot.

The total number of registered U.K. voters at the end of December 2018 was roughly 46 million, according to the most recent data available from the Office for National Statistics.

Polling stations open between 7:00 a.m. and 10:00 p.m. London time on Thursday — but some may have already cast their ballot in advance by post.

General elections in Britain operate on a first-past-the-post basis. This means the political candidate that receives the most votes in each constituency will win a seat in parliament.

What’s first-past-the-post if one may ask? Advocates of first-past-the-post argue it is a simple and familiar process which usually delivers a one-party government. This allows the elected party to form an executive and implement their plans over the next five years.

However, this voting system according to cnbc.com is not without its critics. That’s because, in most constituencies, the majority of Britons typically end up voting against the winning candidate rather than for them.

In fact, of the 21 general elections held between 1935 and 2017, the majority of voters only voted for parties that formed the government on two separate occasions, according to the Electoral Reform Society.

Some of the U.K.’s political parties also argue the system prevents them from receiving fair representation in Parliament.

When will we know the result?An exit poll published when polls close at 10:00 p.m. on Thursday usually gives a reliable indication of how the election has gone.

In 2017, this poll correctly called that Theresa May’s Conservative Party had fallen short of an expected parliamentary majority.”

AS reported above, the results are almost all in even as the Conservative got 364 seats which is 43.6% of the votes cast whereas Labour got 203 seats meaning 32.2%. Scottish National party got 48 seats meaning 3.9% of the total votes and Liberal Democrats got 11 seats meaning 11.5%. Chula Umunna the foremost law maker of Nigerian descent lost in this election.

The election is considered as the most important poll in the last one hundred years because of the fact that the major issue of Britain exiting the European economic bloc formed a strategic fulcrum. The election results is also expected to resonate in Scotland in which case they may seek a second referendum to seek exit from Great Britain so as to properly align her self to European union.

The lessons for us is that an iconic election happened without any violence and people were freely moving and going about their normal businesses without let or hindrance. Electronic voting machines worked perfectly and the results were called same day and both winners and losers embraced each other because of the transparent nature of the election. In Great Britain the voters went about casting their votes and there were no armed police or army or political thugs. In Nigeria the debate over the need to introduce electronic voting system has been subjected to some Ethno religious prisms and those at the centre of law making are as divided on this critical issue as the number of Ethnic nationalities in Nigeria. In Nigeria, the Presidential election results took nearly a week to be compiled just as there were cases of tempering with the original results and the election was hobbled by over 1000 post election litigation which shows how corrupt the conduct of the election is. Have we no shame in Nigeria that the same officials who manipulated the 2019 general elections are still sitting pretty tight conducting other criminally worst elections?

The outcome of the polls in Great Britain will not economically make us better. GB may cut their foreign technical assistance budgets and Britain may be more concerned about getting better trade deals with more advanced economies than worry about the balance of trades between it and the perpetually backward nation like Nigeria.