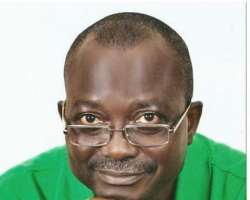 A governorship under the platform of the Peoples' Democratic Party (PDP), in the build up to the 2015 general election, Sir. Tony Obuh, is dead.

Before his death, he was appointed by the incumbent governor, Dr. Ifeanyi Okowa, as chairman, Delta State pensions Board.