The Return Of Buhari’s ‘Dictatorial’ Major Generalship: Punch Has Commendably Borrowed A Leaf From Us 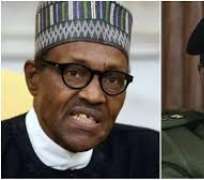 Onitsha, Eastern Nigeria: 11th Dec 2019- The Editorial Board and Management of Punch Newspaper, one of Nigeria’s surviving and independently owned newspapers which establishment is never linked to stolen public funds; have done very well this time. The Newspaper has triumphantly returned to the trench. Recall that the Newspaper had in its latest editorial announced the return of ‘dictatorial major general title’ to Nigeria’s ‘President Muhammadu Buhari’.

History has also not forgotten the Newspaper and others including the News-Watch, the Tell and the News Magazines and the Guardian, concerning the priceless roles and sacrifices they made during the country’s military dark eras. From their trenches, joined by others, the military was catapulted back to the Barracks where it remained until the second coming of Buhari and his ‘demo-diarchic’ government and leadership style on 29thMay 2015.

The reaction of the Presidency’ on the issue, describing it as “acceptable and evidence of free speech’, is also noted. It is hoped that the ‘Presidency’ shall keep to its ‘acceptance’ and that the premises and facilities of Punch Newspaper will not be the SSS’s ‘next assignment’. Unless the President and his Vice rewind, repent, apologize and retrace their harmful leadership steps, otherwise, Nigerians particularly lettered and ‘attentive’ others will stop addressing each of them as “His Excellency”.

The step taken by the Editorial Board and Management of Punch has reinforced similar bold step recently taken by Intersociety. Recall that Intersociety had on 19th Nov 2019 resolved not to address the serving Justices of the Supreme Court and the Court of Appeal in Nigeria as “Their Lordships” or singly as “His Lordship”, or have “Honorable(s)” added to them as in “Honorable” Justice.

The action was taken by Intersociety to protest their conspiratorial roles in legitimizing the ‘armada of electoral fraud’, called “the 2019 Presidential Election in Nigeria”. Twenty-two days later, being today, the moral bold step by Intersociety is being commendably toed by Punch.

We hereby, additionally, call for immediate review by conscientious and conscionable Nigerians of the hallowed title of “His Excellency” being borne by each of those occupying the seats of the President, Vice President, Governors and Deputy Governors. The addition of “Her Excellency” to each of the salutary names of wives of the named should be deleted and done away forthwith.

As moral punishment, too, individual and corporate citizens in Nigeria are further called upon to cease from adding or addressing the Governors of Kaduna and Cross River States and any other Governor identified as ‘agent of state terrorism and repression’; as “His Excellency”. This is on account of their unbearable intolerance and display of ‘political terrorism’ per Stephen Kefas and Agba Jalingo and host of others.