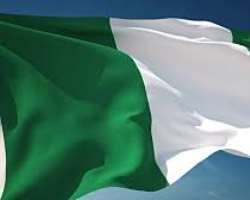 A new public survey released today by Socio-Economic Rights and Accountability Project (SERAP) shows that corruption remains a serious problem in Nigeria, and affecting majority of Nigerians, despite Nigerian authorities’ oft-repeated commitment to address the problem.

In addition to the acknowledgement that corruption is a major problem in Nigeria, the survey further established that “84.5% of Nigerians believed corruption affects them.”

The latest report by SERAP entitled Nigeria: Anti-corruption Social Norms Survey was launched today at the Radisson Blu Hotel, Ikeja, Lagos. The survey is published as part of the organisation’s implementation of the Anti-Corruption in Nigeria (ACORN) project funded with UK aid from the British people.

The survey shows that social media and the internet are the most common sources of information on corruption, according to 38% and 33% respectively, of the respondents surveyed. The survey further shows that to successfully reach majority of Nigerians and influence behavior change; these are the most dependable channels.

In contrast, only 9.8% and 1.6% mentioned religious institutions and traditional rulers respectively, as influential to influence behavior change.

According to the survey, “Traditional leaders have lost their place in guiding the society on morals and ethics. Another noteworthy observation made on the diminishing role of the traditional leaders was recorded as follows: Some of the traditional rulers are key political players. They influenced elections for politicians who in turn grant them favors. Paying traditional rulers using public money managed by politicians also dilutes their power to stand against corrupt leaders.

The report read in part: “Almost half of the respondents (43.5%) surveyed do not believe that corruption can be successfully fought in Nigeria. The result paints a citizenry that has resigned to the high levels of corruption. This response should be juxtaposed with 96% of the respondents who viewed corruption as a major problem in Nigeria and 86% who believed it affects them.”

“Notably, majority (23.8%) of the respondents’ perception is that this is a loss to the Nigerian people. However, a significant 18.8% view theft of public money as a loss to the government. This should be a cause for alarm as it would be hard to mobilize citizens against corruption until the point where Nigerians view it as an economic crime against the people.”

“Of greater concern is that a combined 18% seem to tacitly approve or at least admire the acts of corruption and illicit wealth acquisition. About 12% view the loss of public money as a source of wealth while 5% would even wish to get an opportunity to perpetuate such a vice.”

“The implication is that while the social norms, values and experiences point to corruption as a negative vice, the citizenry have little faith in the efforts aimed at tackling it. Further inquisition on the negative perception of anti-corruption efforts pointed to the need for a mindset change. Some of the adverse attitudes identified were influenced by perceived lack of punishment of corrupt persons.”

“This further entrenches the corrupt tendencies. Additionally, poverty among citizens was seen to compromise the expected citizen pressure against corruption. Some respondents mentioned the ease with which political players bribe their way to positions and once in office perpetuate corruption. The societal values that do not find voter bribery as repugnant therefore cultivates weak and corrupt leadership.”

“On the issue of personal responsibility against corruption, about 57% of the respondents believed they have a role in supporting anti-corruption efforts. It should be a matter of concern that more than 40% do not think there is anything they can do on this front.”

“Majority of the respondents who did not see their role in reducing or eliminating corruption (52%), were in a sense of helplessness as they either believed there is nothing an ordinary person could do to fight corruption or had negative experiences that nothing changes even when citizens make effort.”

“It is imperative that Nigerians acknowledge corruption as thievery of their own money to cultivate a sense of personal responsibility against the vice.”

“The Federal Government should respect the rule of law and obey all court orders to improve the integrity and independence of the judiciary.”

“The Federal Government should ensure effective and full enforcement of the Freedom of Information Act to encourage citizens’ access to credible information about the frequency of corruption among public officials and in ministries, departments and agencies. This would help to gauge and change descriptive norms about corruption in Nigeria and subsequent behavior.”

“The National Assembly should collaborate with traditional and religious and citizens’ and community institutions to promote transparency and accountability in the public and private sectors.”

“The National Assembly should drop the Social Media Bill and Hate Speech Bill, and be more proactive in the fight against corruption including by passing the Proceeds of Crime Bill, the Whistle-blowers Bill, and the Witness Protection Bill among others.”

“The Independent Corrupt Practices and Other Related Offences Commission (ICPC) and Economic and Financial Crimes Commission (EFCC) should hold regular public hearings into allegations of corruption in ministries, departments and agencies and encourage citizens’ participation in the fight against corruption.”

“The ICPC and EFCC should collaborate with religious institutions, traditional institutions and other critical members of the civil society and community-based institutions to develop strategies on how to relieve and shift some of the social pressures that sustain corruption.”

“State Governments should domesticate the Freedom of Information Act within their states if they have not already done so, and encourage Nigerians to blow whistle and report on petty and grand corruption including on social media. They should end the harassment and intimidation of journalists and citizens who report on allegations of corruption including on social media within their states.”

“The National Human Rights Commission should establish a special task force in collaboration with traditional and religious leaders and citizens’ and community based movements and members of the civil society to promote awareness among Nigerians about the negative effects of corruption on access to public goods and services and the society in general as well as why it is in everyone’s interest to resist all forms of corruption.”

“The Minister of Information and Culture should drop the push to regulate the Social Media and encourage diversity of access to information including on allegations of corruption involving high-ranking government officials; as well as collaborate with religious institutions, traditional institutions and other critical members of the civil society and community-based institutions to develop strategies on how to relieve and shift some of the social pressures that sustain corruption.”

“Religious Institutions should proactively address issues of corruption in the society among their members and encourage them to participate in the fight against corruption in the country; and collaborate with civil society and community-based organizations to explore ways of working together in public spheres to address public issues including corruption for the betterment of Nigeria.”

“Traditional Institutions should proactively address issues of corruption in the society among people within their areas of authority and encourage them to participate in the fight against corruption in the country; and collaborate with civil society and community-based organizations to explore ways of working together in public spheres to address public issues including corruption for the betterment of Nigeria.”

“The survey was conducted using two data collection approaches. First, face to face interviews were conducted targeting 2,549 respondents across all the geo-political zones of Nigeria and covering the eight states of Ondo, Enugu, Rivers, Lagos, Adamawa, Kano, Kaduna and Kwara. Abuja was also included as an additional sampling area due to its capital city status.”

“The face to face interviews were conducted by trained field enumerators using semi-structured questionnaires embedded on a mobile telephone application. The data was then relayed to central data center for analysis. Across the geo-political zones, the largest sample was picked from the North West (25.9%) followed by South West at 21.2%.”

“The survey also conducted key in-depth interviews among government ministries and other institutions including the Ministry of Education, Ministry of Health, the Economics Crime and Financial Crimes Commission among others. The in-depth interviews were also conducted among the academia, the bar association, civil society organizations, traditional rulers and the religious organizations.”