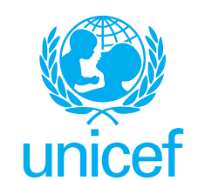 United Nations Children Education Fund (UNICEF) and Search for Common Ground (SFCG) in collaboration with the Borno State Government (BOSG) have succeeded in separating 464 under age children from Civilian Joint Tasks Force (CJTF) involved in the fight against Boko Haram insurgency in the Borno state.

Speaking at the formal Separation Ceremony held at the Shehu’s Palace, Maiduguri yesterday , Governor Babagana Umara Zulum said, " since I came on board in May 2019, my administration has been making efforts to ensure full restoration of peace, as you all know, security has been number one on my 10 point agenda.”

The governor who was represented by the Commissioner for Women Affairs and Social Development, Hajiya Zuwaira Gambo said, “Since I came on board , I have been working hard in our efforts to reconstruct, rehabilitate and resettle our displaced persons”.

Also speaking, the UNICEF Field Officer Borno State, Mr. Geoffrey Ijumba said ,” on May 10th, 2019 when 894 children were separated from the ranks of CJTF, It was happy moment."

" And so is today when we are formally witnessing the separation of 464 children from CJTF as part of the action plan signed in September 2017 to end the recruitment and use of children.

In the northeast, thousands of children are bearing the burnt of conflict, killed, maimed, orpharned or forced to flee their homes. Others are Sexually assaulted, pressed into the service of the armed group and exposed to unspeakable violence", Geoffrey said.

"Children have been taken from classroom to battle field. Their childhood interrupted and taken at gunpoint, although children are not responsible for the conflict.

"They are by far the most affected. It is our duty and moral obligations to protect them and enable them to fully access their rights. Children belong to school and not front line.

” A total of 3, 737 children associated with the Civilian Joint Task Force have been identified within the City of Maiduguri and 20 other local government areas.

" They have all been assessed on the level of association with CJTF. A total of 1,727 children have so far been released and have accessed reintegration services aimed at giving them not only skills to cope with life but also hope for a better tomorrow “, Ijumba said.

Earlier in his welcome address, the Borno State Commissioner for Justice and Attorney General, Barrister Kaka Shehu Lawan represented by the Coordinator of the Programme, Barrister Abdullahi Hussaini said ", the emergence of the CJTF was a child of necessity in the war against insurgency. As at the time it emerged, there was no laid down rules or regulations, which brought under aged children in the ranks of CJTF.

"As a result, UN Task Forces on monitoring and reporting, reported this fact to UN Security Council and basedd on that, Nigeria was blacklisted to be among the committee of Nations that use children in an armed conflict.

"An action plan was signed between our CJTF and UN Task force on Monitoring and Reporting on 15 September 2017. Committed to this, the Borno state government in collaboration with UNICEF, Searched for Common Ground and other partners.

"The CJTF and UNICEF have since identified, screened and decremented the list of all children under the age 18 found in the ranks of CJTF and submitted reports to UNICEF child protection units and today we are witnessing the 3 official separation “, Geoffrey said.

Also speaking, the Overall Chairman , CJTF, Babashehu Abdulganiyu said, ” We in the CJTF are law abiding citizens and committed to full implementation of of the Action plan”.