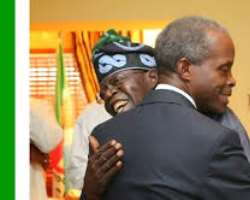 The two were replaced by Northerners within the space of 24-hours and this has led to mixed reaction on social media.

The former minister expressed that BAT and the Vice President have been used as slaves by President Buhari in his agenda to rule Nigeria.