Where is my village university? 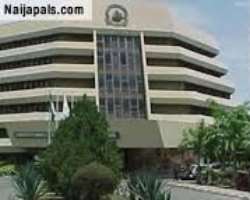 Chief Obafemi Awolowo was not only a consummate politician but a statesman whose depth of patriotism was legendary and unparalleled. He scored many firsts in his political career even though nature denied him of the ultimate prize: the presidency. I am talking about him today because when he established the University of Ife, Ile-Ife, he did not consider a thought for his native place- Okenne. That is what a visionary and accommodating leader should do. Today the great sage must be rolling in his grave as the nation is plagued with politicians who are more enamored with self-interest, family, friends and cronies. The` mark` of modern day politician or top public servant is the establishment of universities in their native homes.

That is why some Nigerians were taken aback by the sentiments of the Minister for Transportation, Chief Rotimi Ameachi after whiskey talk that he has no regrets in siting the Transportation University in Daura, the home place of President Muhammmadu Buhari. It is as scandalous as outlandish in the ethos of good governance and democracy. Said Ameachi on the Transportation University: `Daura is in Nigeria, it is not in any other part of the world. It is not in Niger Republic, Biafra or Mali, it is in Nigeria. So what is wrong in siting the University of Transportation in Daura? I have no regrets in siting this university where I have sited it, it is not because I want to get any gain`. The truth of the matter is that there are many things wrong in siting the university in Daura. Is it done in the national interest? What is the role of the National Assembly in the siting of University? Was the money for the establishment of the University approved by the National Assembly? Or is Ameachi telling us that he used his personal money and not the tax payers’ money in the establishment of the university? He may not have any regret but definitely posterity and history shall judge him and his principal.

Maybe the Transport Minister is borrowing a leaf from the activities of Lt. General Tukur Buratai, the Chief of Army Staff and Air Marshal Sadique Abubakar, the Chief of Air Staff. It is on record that Buratai established an Army University in Biu in 2018. Biu is the home village of Buratai. It is also on record that Abubakar has proposed an Air Force University for Bauchi, his home village. Those in authority may not see anything wrong with these aberrations but it merely shows the tenor and hue of those holding the reins of powers.

The indiscriminate establishment of universities by those in power in their home villages is sad commentary on the political evolution of the nation. As noted earlier, why is the National Assembly silent about this aberration? The money used in the establishment of these universities belongs to Nigerians and they should be the ones to approve that via their representatives in the National Assembly. From whatever angle you look at it, this is clear abuse of office and using the office for personal gain instead of the national gain and aspirations. Secondly, the taxpayers’ money is used without permission from them. This is clearly a breach of the law and the constitution. It would not be a bad idea for the many human rights lawyers that are in the country to test the case in court. The docile attitude of the Ministry of Education in the face of brazen establishment of federal universities is understandable. He who pays the piper dictates the tune.

But we, the members of the press, the Fourth Estate of the Realm shall never remain dumb. We shall continue to shout it to high heavens that people elected by the electorate are abusing the oath of office which they swore to uphold. Even more offensive is that public servants now have power to establish universities in their villages because of their professions. The existing universities are not well funded yet powerful persons in positions of authority are establishing universities as if they were kindergarten schools. If the government is fighting corruption, I venture to say that indiscriminate establishment of universities to pander to the whims and caprices of some individuals is another variant of corruption. It is bad through and through and stands condemned in the eyes of right thinking people. Awolowo will be turning in his grave. The question remains: who is going to establish university in my village.