The Fowl on a journey inside the basket does not know where it will end. 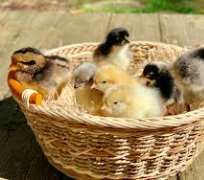 There is this African riddle and I think it is most appropriate today and for the few words I have. The riddle asks, if you are in a dream and you encounter a lion about to attack you, what do you do? ...Run, defend yourself, or attack the lion, certainly no and much easier, just wake up, WAKE UP!

The country where witches conspire to deny citizens of electricity

Where police carries bag for VIPs, and have no fuel to do its mandatory duties

Where politicians can belong to 6 political parties, stand for everything and nothing

Nigeria where do not pay tax, and expect miracles, others pay and see no miracles

Aisha’s Nigeria, APC’s Nigeria, it is the Nigeria of Secondus and PDP

It is Nigeria where we COZA the borders, and call our national rice local

Where everyone is an expert on every topic and knowledgeable in none.

It is one nation where the citizens love public holidays, and all sort of work free day

Like Indonesia, very religious, very corrupt, but not all corrupt.

A nation that desires restructuring but knows not what to, and how to, and when to.

The Nigeria that the State Department says Sowore self-arrested himself, the one that Barrister Falana insisted it is the other way round. A Nigeria not in uniform regarding what is right or wrong, a nation without exactitude in her moral compass. It is Sowore's Nigeria, the one Jonathan may be smiling, and Buhari uncertain about how to deal with him, and really what is there to deal with; nothing! The real deal is that we are not ready to face our issues, we think for example that it is about restructuring but truth be told, with al that has happened in this year, we have proved that we lack the system, when we have the system, we lack the people.

Nigeria is not working because there is no consistency, so while we are concerned about what happened inside the court last week. It reminds one of the facts that we are still stuck in our desperation and frustration at finding solutions to Nigerian problems.

All sorts of faulty assumption models are proffered and government almost exists as a talk shop. We have not dealt with political class corruption, poverty class nepotism, or the ethno-religious conundrum that deals with us with a sense of fatalism

So Sowore's Nigeria only reminds one of, a monkey that gave birth to one baby, yet reports say that it lost three babies after birth, logically there must be an explanation.

This year alone we earned several trillions in whatever denominations, yet we cannot say that this is the fruit of the earnings. In education the reality is grim with some 30+ accounting departments, about 50 medical faculties, over 50 law faculties and 50 faculties of engineering, plus countless universities going by the way the government gives them operating licenses, we produce graduates, half, quarter and any how baked with no plans as regarding what to do with them. In the last one year alone I am loosing count of the number of collapsed buildings in the nation, one only prays that the nation does not fall because these buildings that collapse have the same characteristics with the nation. Dead bodies disappear in the morgue, infant mortality has not reduced, there is a drastic rise in the number of Nigerians suffering High Blood Pressure and how we are gradually taken steps up in citizens’ suicide.

The energy sector is not left, from the mere 7,000 megawatts generated to barely half of that available to dispense, tariffs have risen by over 300%, billions in Naira that grew wings in the name of reforming the sector, yet the situation has remained in a state of locus standi and no one held liable or accountable.

The all time corrupt index has remained the police first, government and it's apparatus second, teachers and religious leaders come third. And this I suppose sums it up because these are the very institutions and persons on which the entire system should naturally revolve around. I have left out the corruption in places such as the NNPC, Aso Rock, the other tiers of government, private sector corruption and individual corruption.

I end this essay by stating that nothing I have discussed the in last few lines are necessarily new but the fact remains that I will continue to harp on them perhaps, just perhaps they will sink into the heads of our leaders. Citizens too need to wake up from their dreams, we need to know how many babies the monkey really had, we need to know that this is a nation for example without a functional transport system, a hypocritical security arm, a several trillion infrastructural deficit, yet we don’t see all that is wrong, and we intentionally refuse to work on things that can be right and we continue to take hope, like Sowore, we will arrest, grant bail, fake arrest (sic), abuse, re-arrest, and be threatened, like opium after the noise we get one hell of a high that ends bad for us all, whither way the real revolution—Only time will tell.