Attack On Amaechi In Spain: Saint Or Sinner? 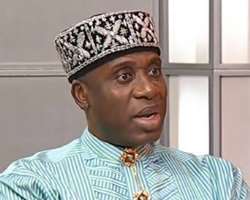 Chibuike Rotimi Amaechi was born on Children’s Day – May 27th 1965 in Rivers State. His father wanted him to become a lawyer in the future and so he named him Rotimi after the legendary Chief Frederick Rotimi Alade Williams now of blessed memory.

He didn’t fulfill his father’s dream in terms of his choice of course at the University of Port Harcourt where he studied English and Literary Studies and graduated in 1987. He worked for PAMO Clinics owned by Dr. Peter Odili as the hospital’s public relations officer and it is on record that it was Odili who brought him into partisan politics which the former joined in 1990 as the Secretary for the National Republic Convention in Ikwerre Local Government.

Odili was later to become the Deputy Governor of the State and Amaechi was appointed as his personal assistant while also doubling as the special assistant on student matters to the then Governor Rufus Ada George.

The Ikwerre born politician was also appointed into the board of Risonpalm – the Rivers state government owned oil palm plantation. The General Sani Abacha palace coup of 1993 put an abrupt end to all political activities in the country and so he was forced to go into hibernation.

Politics beckoned on him again in 1999 when he was elected as the Speaker of the Rivers State House of Assembly. He later became the Chairman of the Conference of Speakers nationwide and has the distinction as the longest serving speaker in the history of Rivers state.

In 2006, he signified his interest to succeed his political mentor, Dr. Peter Odili and contested the Peoples Democratic Party primaries and emerged successful. His joy was short lived as the then President Olusegun Obasanjo on a visit to the state described his victory as having a k-leg. His name was later substituted for that of Celestine Omehia who won the elections and was sworn in. it was at this point that Amaechi and Odili fell out because the latter didn’t want to support the former’s gubernatorial bid for fear of falling out of favour with the powers that be – it is on record that he secured a perpetual injunction restraining the Economic and Financial Crimes Commission from probing his eight year stint as Governor.

Amaechi headed to the court but in the meantime went on a self imposed exile to Ghana. The current Rivers state governor, Nyesom Wike held forte for him in a similar way that Komla Agbedi Gbedamah held forte for Kwame Nkrumah when the latter was imprisoned at Fort James in 1949 after the Big Six riots.

The Supreme Court declared him as Governor and he yet again scored another first as the only Governor in Nigeria not to have contested the main elections.

He later fell out with the then First Lady, Dame Patience Jonathan and had a serious running battle with her and by extension, President Goodluck Jonathan. He did the unthinkable by joining the then opposition All Progressives Congress. Some of his critics contended that he was angling for the Vice-Presidential Slot of the ticket and was shocked when Prof Yemi Osinbajo was nominated. He later became the Director-General of the Campaign – yet another set of critics contended that he was given the position because the party wanted to have unfettered access to the Rivers State Government’s funds. The election marked a watershed in Nigeria’s political history as it was the first time an incumbent lost.

He later became the Minister of Transport. The first four years of this current administration have flown past like the candle in the wind but the nation hasn’t yet felt the impact of Amaechi’s contribution to nation building in the transport ministry. He is more known for attacks on Wike and his bid to become the numero uno of the APC in Rivers state culminating in his row with his former Secretary to the State Government, Senator Magnus Abe. He couldn’t use the four years as the helmsman to build the railway lines. Despite the money from crude oil sales, the country is yet to have underground trains and tubes to make transportation easier and less stress free as the roads are badly congested especially in populous cities like Lagos and Abuja.

In a conference on climate change in Spain, he was attacked by a group of disgruntled Nigerians living in that country. Some sources say they were members of the Indigenous People of Biafra (IPOB) though the proscribed body hasn’t yet claimed responsibility for the actions as at the time of writing this piece. In his tweet he said: “Some minutes ago, I was attacked by a few misguided Nigerians while on national assignment at a climate change event in Madrid, Spain.

“They were quickly repelled by the Spanish police before they could do any harm.

“I am fine. I was not hurt. Thanks for your support and prayers.”

The youths living there have every right to be angry. Some of them went there via road through the Sahara Desert and via the Mediterranean. Many lost their lives in the perilous journey and the survivors were subjected to the worst form of indignity when they arrived their destination. Who in his right senses would migrate to Spain? A country that is currently enmeshed in serious economic crisis and is not even a first world nation or super power. They had to contend with the language barrier and the harsh reality of not finding the streets paved with gold. What has Amaechi done to ameliorate the plight of Nigerian citizens back home? Not much except needless political grandstanding!

We recall a similar fate suffered by erstwhile Deputy Senate President, Ike Ekweremadu in Nurumberg, Germany which IPOB took responsibility for. In 2012, after the petroleum subsidy protests, the then Minister of State for Foreign Affairs, Professor Viola Onwuliri had her event in the United States shut down by Omoyele Sowore and his associates. Former President Olusegun Obasanjo was pelted with eggs some years ago at an event in London.

While I don’t support violent means against these parasites who masquerade as leaders, positive action must be taken against them to curtail their excesses. The reason why attacks on them seem to be taken abroad is because their security details are not as tight there compared to how it is back home. The youths there waste no time in venting their anger and frustration on their oppressors whose ruinous activities drove them into economic asylum where they face a plethora of challenges.

If our ‘leaders’ don’t sit up and do what is right, the embarrassments they receive abroad may snowball into something that may make the Arab Spring look like a mere child’s play.