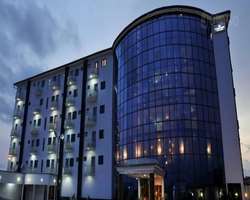 International hospitality group BON Hotels says it plans to open over 22 hotels in Nigeria’s major cities and secondary towns over the next few years, with the first batch set to open in Kano, Ibadan, Warri, Asaba and Port Harcourt within the next four months.

In a statement this week, BON Hotels, which currently has 10 operational hotels in the West African country, said new developments were set for major city routes, the northern regions and the old Trade Route in the south and would be targeted not only at local and international business travellers, but also leisure guests.

It said Nigeria’s tourism landscape had long been dominated by business travellers, many of whom stayed in traditional, multinational hotels with a run-of-the-mill approach to hospitality, offering the group an opportunity to acquire a previously struggling 28-roomed boutique hotel in Abuja in 2015 and transform it into a flourishing business-focused space with conferencing facilities.

The country’s hospitality previously also focused on major cities like Lagos and Abuja, ignoring the potential of venturing into smaller ones and resulting in limited options for travellers.

“Our ethos has always been to add value, create tourism circuits, and expand the hospitality sector into all regions holistically and, in so doing, extract value,” BON Hotels executive director for International West Africa Bernard Cassar said.