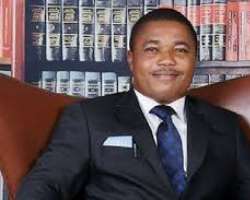 Onitsha, Eastern Nigeria: 6thDec 2019-The position of the Oraifite Improvement Union (OIU) on police and military mayhem unleashed on the ancestral home of Barr Ifeanyi Ejiofor, his siblings, aged mother, widowed daughter in-law and neighbors including owners of ten burnt provision stores; is clearly a body without soul and “Jacob’s voice and Esau engineered”, Int’l Society for Civil Liberties and Rule of Law said today in its follow-up statement.

It is also becoming clearer and difficult to dispute that formations and services of the Nigeria Police Force particularly in the Igbo-Southeast Region are no longer for protection, security and safety of common or general citizens and their properties, but for securing, protecting and doing dirty biddings of some controversial and violent rich men and women. The situation has gotten so bad and degenerated, to the extent that strategic formations of the Force including Area Commands and Divisional Police Stations are sited at the communal doorsteps of the troublesome rich men and women instead of their respective local government headquarters.

Today, in the Igbo-Southeast Region, the appointment and posting of Police Commissioners, Area Commanders, Divisional Police Officers and SARS Commanders are hardly done or carried out without being influenced by these troublesome rich men and women, Intersociety added in its statement signed by Chidinma Udegbunam, Esq., Chinwe Umeche, Esq., Ndidiamaka Bernard, Esq., Samuel Kamanyaoku (Comrade) and Emeka Umeagbalasi (a Criminologist & Graduate of Security Studies); all Principal Officers of Intersociety.

Having read and analyzed the said statement or position of the Oraifite Improvement Union and placed side by side with what actually transpired, the OIU’s position is condemnably hasty and diversionary; factually incorrect and brutally misrepresented. The statement is also a clear act of cowardice, inconsiderate and far from being bereft of parasitism.

An immortal Igbo saying goes that “when you want to kill an elder, take him or introduce him into or to discuss a sensitive matter he knows nothing about, but an elder brought into a sensitive issue he knows much about, but decides to be economical with the truth, has acted sacrilegiously and immortally attracted the wrath of his ancestors”

We are aware that those who instigated the communal leaders of the ancient community (the Great Umu-Agbaja Descendants) to write hastily and brutally misrepresent facts are those uniform and civilian public office holders at the State and Federal levels who directly or indirectly played roles in the mayhem and resorted to desperate measures to cover up their atrocities and escape moral and legal justice and damnation. It is also a build-up by the authorities of the Nigeria Police Force, Anambra State Command, to desperately establish ‘false prima facie’ case of high crimes against the chief victim. The instigators must have reasoned falsely that by getting the OIU to hastily and mis-factually to speak, Nigerians and others would believe them and shift the moral and legal burden to the chief victim (Barr Ifeanyi Ejiofor).

Contrary to the OIU’s position, therefore, there was no single evidence of ‘invasion of the community by miscreants on Monday, 2nd Dec 2019’; except in the words of OIU, the “miscreants” meant were armed soldiers, PMF, anti cult police and SARS personnel who invaded and perpetrated the unspeakable atrocities. The OIU’s position on alleged killing of “two police personnel” is utterly hasty and speaks volume of the biblical “Jacob” and “Esau’s” twisted roles’.

Like we said in our first statement, assuming but not conceding to the fact that “two police personnel were killed”, questions as to who killed them, where, when and how they were killed must be satisfactorily and sufficiently proven. Reminded here is the recent case of killing of Assistant Commissioner of Police in Abuja, hastily blamed on Shiite Muslim protesters, only for the recorded video of the event to expressly show that he was likely a victim of ‘collateral killing, having been shot from the back by one of his colleague.

As already explained in our first statement, what took place concerning Barr Ejiofor and other family members was a funeral which was concluded on Sunday, 1st 2019 with outing service and had no connection whatsoever with the murderous, riotous and barbarous police and military invasion of their family house on Monday, 2nd Dec 2019. It is circumstantially obvious that the invasion and associated mayhem were carefully hatched and kept to be executed after the outing service.

The OIU statement was also condemnably one-sided by deliberately refusing to mention and condemning the burning by soldiers and police of six family houses, ten provision stores and other household properties valued at tens of millions of naira. As a matter of fact, the OIU statement technically by falsehood created a new narrative by importing “miscreants and proscribed elements”; thereby suggesting, technically, that they, not soldiers and police burnt the referenced properties. As for its position on Orafite masquerade groups and other cultural cults, it is its prerogative.

Questioning The Independence & Public Security Status Of The NPF In Anambra

Is It Not Correct To Say That Anambra & Abia CPs Want DIG Position On The Blood Of Defenseless Citizens?

Following series of killing and maiming of unarmed and defenseless citizens between Jan 18 and Feb 9, 2016 in Aba, many of whom pro Biafra activists, numbering over 60 (killed) and 50 (maimed); climaxed by 9th Feb massacre of not less than 30 and maiming of over 20 others at Aba National High School; the then Aba State CP, Habila Joshak from Plateau State was “rewarded” four months later on 29th June 2016 with post of ‘Police DIG for Operations’. He retired 2nd Feb 2019.

Also following the 12th-14thSept 2017 massacre in Aba and Umuahia by the Nigeria Army under the civil police protection and conspiracy of the Abia State Police Command; killing not less than 180 and injuring 130 others- mainly unarmed and defenseless pro Biafra activists and travelers, the then Abia State Commissioner of Police, CP Anthony Ogbizi from Cross River State was later “rewarded” on 2ndFeb 2019 with the post of ‘Police DIG for Criminal Investigations’. DIG Ogbizi, who is still a serving DIG will retire on 1st Feb 2021.

The present CP of Abia State, Okon Etim Ene from Cross River State, is toeing the same line. He likely wants to be a DIG at all costs, even if it means repeating vicariously or directly, the service atrocities of the named. ‘Burial of Nnamdi Kanu’s mother’, is now the only “insecurity headache” on the service desk of the Abia CP. The Abia CP will retire from the Force on 5th May 2022. As if that was not enough, the Anambra CP, Abang B. John from same Cross River State, is mostly likely toeing the same line; with recent Oraifite Mayhem as a clear case in point. He is likely aiming the post of Police DIG. He will retire on 29thFeb 2022.