The Politics of Border Closure 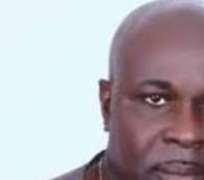 The closure of Nigeria’s land borders to the movement of goods and persons, since October 2019, has understandably been generating intense debates among Nigerians and others, especially the countries affected by the border closures. Nigeria shares land boundaries with Benin, Niger and Cameroun. The government had initially imposed a partial closure of the borders in August ostensibly to facilitate a joint operation involving customs, immigration, police, and army officers on those borders, which it code-named Swift Response. President Buhari has not given definite indications about when the closed borders will be re-opened, though not many expect such to happen before the end of January next year.

In taking the decision to close the borders, the Nigerian government highlighted the well known facts that these borders are avenues for the smuggling of all sorts of goods into the country (such as rice and poultry products) and for the illegal export of subsidized petrol from the country to the neighbouring countries. The World Bank estimates that about 80 per cent of imports into Benin Republic, which has a population of only 11 million people, are destined for Nigeria. Similarly, the Major Oil Marketers Association of Nigeria has claimed that some 10-20% of Nigerian fuel is smuggled into the neighbouring countries. The Buhari government feels convinced that our neighbouring countries are not doing enough to enforce regional protocols on the transit of goods. Buhari, whose government has pursued a wide range of protectionist measures since he came to power in 2015 (including placing restrictions on the sale of foreign exchange for the importation of 41 products that include rice, palm oil, beef) has argued that allowing cheaper imports will undermine his government’s efforts to push the country towards self-sufficiency in local production.

There are a number of issues raised by the government’s decision to “temporarily” close its land borders:

One, border closure in Africa is not unusual. For instance, earlier this year Sudan closed its border with Libya and the Central African Republic while Kenya suspended cross-border trade with Somalia. Both countries cited security concerns for their actions. Rwanda also briefly closed its border with the Democratic Republic of the Congo in response to the Ebola outbreak in the DRC. Nigeria’s border closures however differ from the above mentioned on their suddenness and the fact that they were premised mostly on smuggling concerns – though the government also mentioned the need to checkmate the movement of terrorists. The unexpected nature of the announcement gave traders and communities little time to prepare for the economic shock that followed.

Two, there is a feeling that the government is using the border closures to opportunistically mobilize patriotic sentiments through making scapegoats of the neighbouring countries. For instance the government recently claimed it uncovered “hundreds of filling stations” along Nigeria’s Magama Jibia border with the Republic of Nigeria, which it said were set up for the sole purpose of smuggling of petroleum products from Nigeria. As if to drive home the innuendo that the neighbouring countries are major causes of the country’s economic woes, the Minister of Information and Culture, Alhaji Lai Mohammed, claimed that since the border closure, the country has recorded over 30 per cent increase in revenue - with the Customs recording daily revenues of between N5bn and 8bn compared to the N4.5bn it recorded daily before the closure. The argument here is that the move has boosted government revenues because more duties are being collected on the increased volume of goods entering the country legally through the ports than before. The Minister further asserted that since the border closures, bandits and terrorists are finding it hard to procure arms and ammunition. He also inveighed that since the closures there has been a reduction in cases of cattle rustling, kidnapping and armed banditry.

Three, while the government has been proclaiming the successes of the border closure, the negative economic impact of the move is often downplayed. For instance while the government claims that the border closure will protect domestic industries and stimulate local production, it glosses over critical issues like domestic demand. A good example here is rice, a heavily consumed staple in the country. According to the US Department of Agriculture, domestic production of rice in Nigeria in 2018/2019 was only 3.7 million tonnes (or about half of local demand). Though the Buhari government has since 2015 provided incentives to rice farmers, including generous credit and subsidized inputs, demand still far outstrips supply, and the government’s ban on rice imports (on a wrong assumption that the country has attained self sufficiency in rice production) has the unintended effect of encouraging smuggling since the shortfall in supply provides an enhanced opportunity for accumulation. Not surprisingly therefore, with the ban on the importation of rice, and with domestic demand for the staple outstripping supply, prices of the staple – both the imported and the locally cultivated varieties - have skyrocketed.

Four, border closures also have consequences for legitimate Nigerian businesses that export their goods to neighbouring countries through the closed land borders. For instance a recent report by FSDH Merchant bank found that some textile firms in Kano have closed shop because they cannot export to clients across the border with Niger. Following from this, critics have wondered whether border closure is an effective solution to the problem of smuggling or whether it can simply complicate the problem.

Five, is the question of whether the obvious benefits from the border closures (such as increased revenue to the government) are enough to offset some of their deleterious impact on the informal sector, which at 65 per cent of the country’s GDP, is the largest in sub-Saharan Africa? How, for instance, do the gains from the measures offset the pains they inflict on ordinary Nigerians, more than half of whom live in abject poverty? For example, following the border closures, official inflation figures rose in October to 11.6 per cent year-on-year, driven by food prices, which jumped 14.1 per cent during the same period to an 18-month high. It is estimated that an average Nigerian spends about 60 per cent of his/her wage on food.

Six, very worrying is that the border closures come just three months after the country celebrated signing the African Continental Free Trade Area (AfCFTA) in August. AfCFTA, which aspires to create a ‘continental market’ with the free movement of persons, capital, goods and services comes into force in July 2020 and is predicted to increase intra-African trade by 53.2 per cent. There are also questions of whether the border closures are consistent with the country’s commitments to the ECOWAS’ protocol on trade liberalization, in which members commit to eliminating custom duties, quotas and quantity restrictions and to accord each other most favoured nation treatment. It can even be argued that as a member of the World Trade Organization (WTO) since 1995, Nigeria is bound to comply with similar commitments at a multilateral level. In essence, Nigeria’s border closure demonstrates the implementation gap that often exists in Africa between the letters of regional and continental agreements and the actual measures that some African governments adopt.

Seven, no one doubts that Nigeria as a sovereign country has a right to do all it can to protect itself from smugglers, and to allow its perceived national interests to drive its policy options. No one also doubts that the concerns about the impact of smuggling on local production and industries are legitimate. The question however is whether border closure is the most appropriate instrument for dealing with the problem. For instance both the AfCFTA and the ECOWAS protocol on trade liberalization contain a number of provisions that could be used to respond to border smuggling, including provisions to strengthen customs cooperation and trade facilitation. It should also be highlighted that Nigeria is already moving away from a heavy reliance on physical monitoring of entry points to technology-driven monitoring. For instance in late April, the government approved N52bn for electronic monitoring of 86 border posts and over 1,400 illegal routes to tackle smuggling and criminality. The question is whether the deployment of technology, the strengthening of the capacity of border agents to do their job well, and invigorating custom co-operation with the neighbouring countries will not give a better outcome than the blunt measure of border closure?