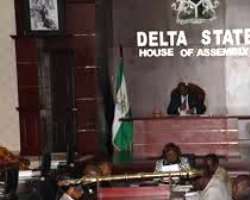 The Delta State House of Assembly (DTHA), has passed the increased budget after the House Committee on Finance and Appropriation headed by the member representing Ethiope East, Hon. Erhiateke Ibori-Seunu, presented the budget to the House of the House yesterday.

The new N389 billion budget presented by the State governor, Dr. Ifeanyi Okowa, was increased by the House to N395 billion which was passed today Wednesday.

With the passage of the 2020 Appropriation bill, all is now set for the governor to assent his signature on it for it to become a working document.

It would be recalled that our correspondent had reported that the House had increased the budget by N6 billion from N389 billion to N395 billion.